A policeman has shot a driver’s mate in the leg over an alleged refusal to pay bribe at a police barrier at Inchaban in the Western Region.

The 25-year-old John Essandoh has since Friday when the incident happened, been transported to the Korle-Bu Teaching Hospital in Accra for the bullet to be removed.

The victim and his boss were transporting an empty container from the Tema Harbour to Takoradi on a trailer when they were stopped at the Inchaban Police barrier for snap inspection.

An eyewitness who spoke to Nhyiraba Paa Kwesi Simpson, host of Omanbapa on Takoradi-based Connect FM on condition of anonymity, said the officers detected one of the taillights of the truck was defective.

The policemen allegedly demanded the driver pays 150 cedis, but the driver who had then gotten down from the truck refused, went into the vehicle and drove away.

One of the cops on duty later pursued the vehicle to Kojokrom, about three kilometers from the barrier where the driver and his mate had parked the truck to take a rest.

The officer was said to have confronted the mate who was in the truck at the time, demanding to know the whereabouts of the driver, whose name has been given as Nii.

According to the eyewitness, in the course of exchanges, the policeman shot the driver’s mate in the leg, attracting people in the area to the scene.

The policeman then took the victim to the Effia Nkwanta hospital with the help some people who rushed to the scene, but due to the severity of the injury, medical officials referred the victim to the Korle-Bu Teaching Hospital.

When contacted, driver of the truck said his mate was the one driving the truck when they got to the barrier around 2:00 a.m. Friday.

He told 3news.com Saturday to they were signaled to stop and park well for inspection which they obliged.

“We waited for him [policeman] to come to where the car was parked. He checked our documents and said the vehicle income tax had expired. He said what we had was for third quarter meanwhile we are in the fourth quarter,” Nii said.

Nii said he told the officer to check the documents well because it had not expired, adding “when he checked again he realised that we had the fourth quarter sticker on the vehicle as well as the third quarter sticker”.

The policeman, the driver said, advised them to remove the expired third quarter sticker from the windscreen of the truck.

According to Nii, the officer then said the truck has a defective taillight.

“He then asked us what we brought for him. I gave him 5 cedis but he said that was too small. I then gave him 10 cedis but he still insisted it was small.

“He went to sit down at the barrier and demanded for our waybill which we gave him. He then demanded for 150 claiming we make a lot of money but I pleaded with him for close to two hours to let us go because we were tired, but the policeman did not budge,” the driver narrated.

The driver said he then left the waybill with the policeman and went to move the truck to Kojokrom where he lives.

According to Nii, after parking the truck, he left for his house leaving the mate in truck.

He said at about 4:00 a.m. he heard someone has been shot in his truck so he rushed to the scene only to be told it was his mate and that he has been rushed to the hospital.

He said he informed his transport officer and a case was lodged at the police station. 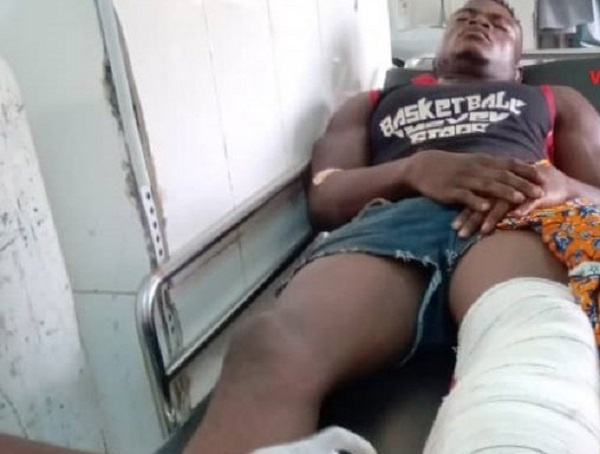 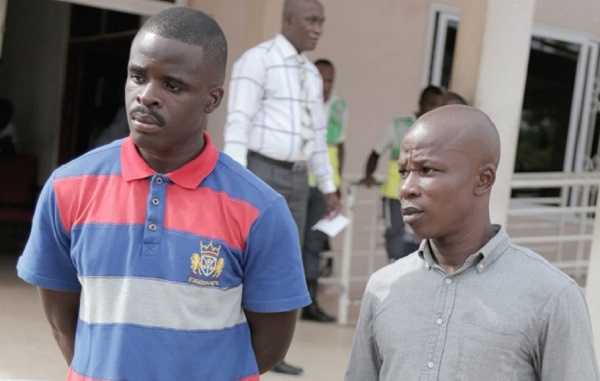