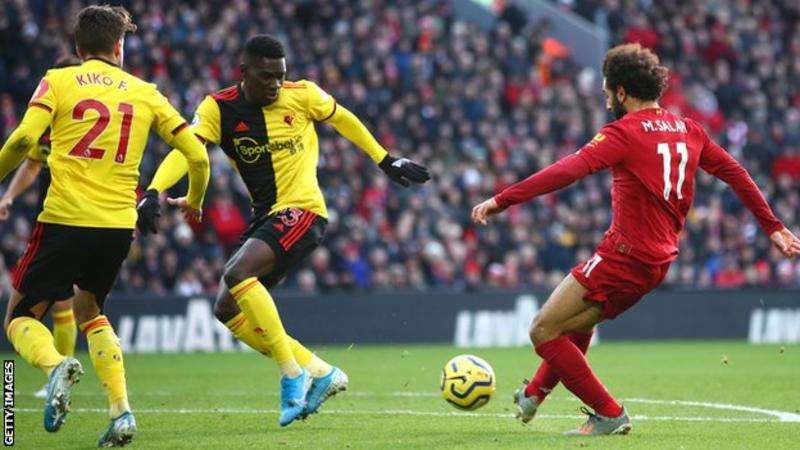 Salah curled the ball into the far corner for the opener before flicking in a late second in the final minute of normal time at Anfield.

Watford missed chances in both halves, while Liverpool’s Sadio Mane had a header ruled out for offside following a review by the video assistant referee (VAR).

Liverpool remain unbeaten in the league this season while Watford sit six points from safety at the bottom of the table.

The Reds were made to work for their victory though – goalkeeper Alisson making smart saves after the break, while Watford’s Ismaila Sarr also wasted a huge chance.

Salah squandered opportunities of his own too, but Liverpool did enough to pick up their 16th victory of the season and open up an 11-point gap at the top ahead of second-placed Leicester City’s game against Norwich later on Saturday (15:00 GMT).

Liverpool grind out another win

It wasn’t pretty, but once again Liverpool got the job done.

Jurgen Klopp’s side have made Anfield a fortress and it was clear from the start that they were going to dominate possession and break Watford down.

A long ball over the top from Virgil van Dijk almost set Salah on his way within minutes of the starting whistle and Roberto Firmino could have been away shortly after, pouncing on a loose ball on the edge of the area.

But the chances were few for Liverpool in a first half that saw Watford defend in numbers and remain compact.

Watford had chances on the break but didn’t take them – Will Hughes dragging a shot wide and Etienne Capoue having an effort blocked in the box.

In the end it was Liverpool who capitalised with a break of their own – Firmino, Mane and Salah combining for the opener.

Sarr missed a golden opportunity to equalise five minutes later, and Alisson was kept on his toes as he made two smart close-range saves early in the second half.

The Anfield crowd, who were frustrated at times by a lack of intensity and sloppiness, grew anxious as the game wore on – Van Dijk almost passing the ball into his own net following a mix up with Alisson and Trent Alexander-Arnold being caught out of possession on the right.

But the European champions, who are chasing a first league title in 30 years, were carrying winning momentum and victory here at Anfield leaves them heading into the new year with a healthy lead at the top of the table.

Organised but wasteful from Watford

Coming to Anfield in his first game in charge was always going to be a difficult task for Pearson, who replaced Quique Sanchez Flores as Watford boss earlier this month and was at Vicarage Road to see their 0-0 draw with Crystal Palace last week.

He was urging his side to remain tight and will have been pleased, on the whole, by their organisation at the back.

But Watford have not won in the league since 8 November – their only victory of the season – and they are the lowest-scoring side in the competition with just nine goals so far.

They had chances to score at Anfield – Sarr’s fluffed attempt in the first half a huge miss, as he completely mishit a rebound from Gerard Deulofeu’s dangerous cross.

Deulofeu, who got in behind a few times down the left, threw his arms up in frustration behind the goal as the Kop jeered before the ball had even gone out of play.

Those chances rarely come around again at Anfield but Deulofeu himself had one early in the second half, which he hit straight at Liverpool keeper Alisson.

Watford were never expected to take anything from this game but if they are to climb the table and get out of the relegation zone, they need to find their goal-scoring boots.

Worrying times for Watford – the stats 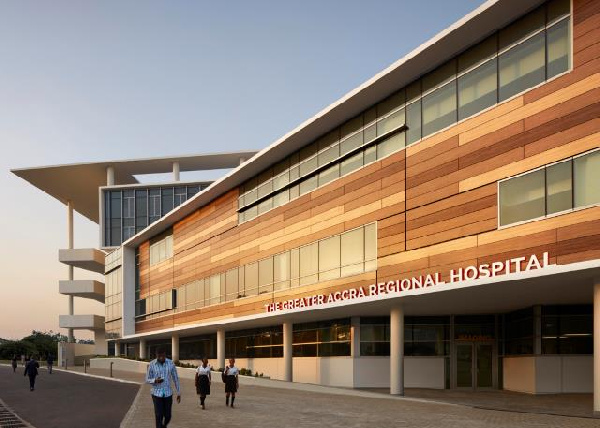 2 staff of Ridge hospital in trouble over sale of PPEs 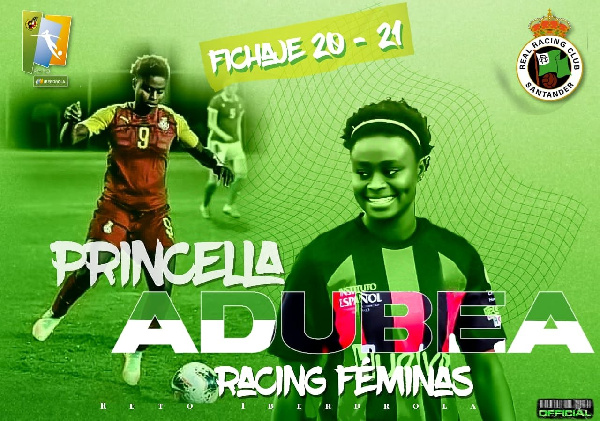 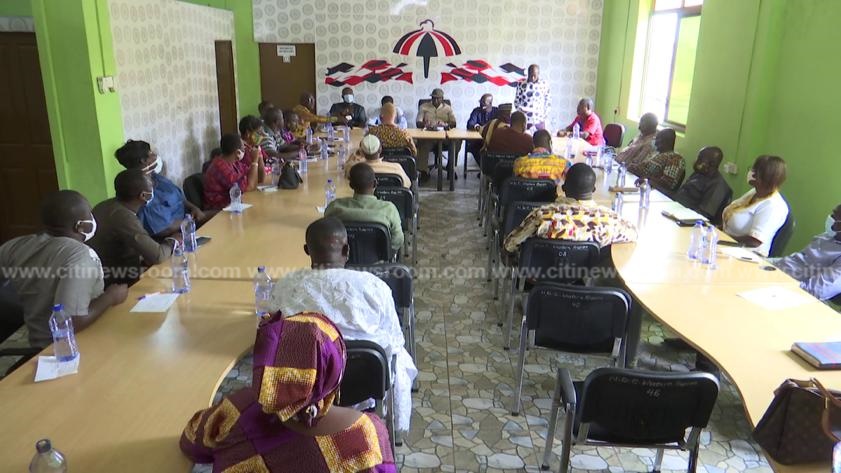 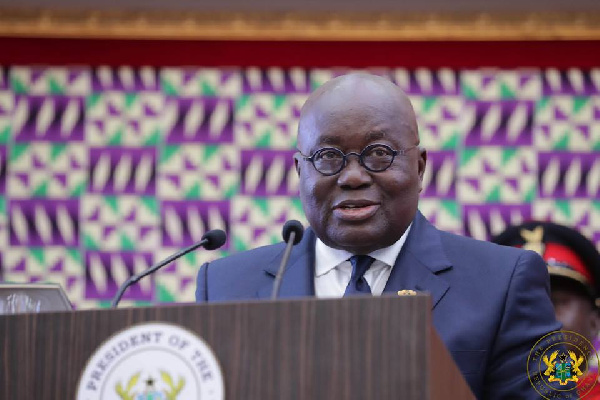 Double Track system in SHSs will end before 2024 - Akufo-Addo 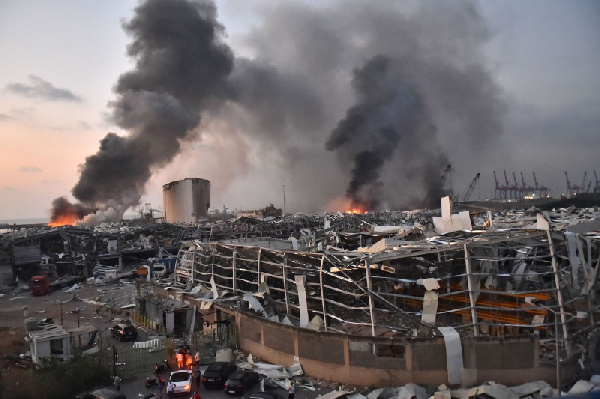