The Mayor of Accra, Mohammed Adjei Sowah has said that the government through the Ministry of Energy under Millennium Development Authority (MIDA) has started rewiring of all major markets in Accra including Makola, Timber Market, Kaneshie.

This follows the recent fire outbreaks in some markets in the capital and other parts of the country.

The AMA boss further stated that a Fire Preventive Committee has been formed which includes The Ghana National Fire Service (GNFS), AMA Engineers, Metro National Disaster Management Organization (NADMO) and other agencies to go on a city-wide inspection and action exercise especially in public places such as the markets in our quest to quell this rampant fire outbreaks in Accra.

“The Electricity Company of Ghana should ensure stability of power as they always do.

“Per the structural integrity report on the burnt building, it was observed that the structure is weak and compromised hence must be pull down. The services of the 48 Regiment Engineers of the Ghana Armed Forces has been contracted to pull down the building on Sunday, 22nd August, 2021.

“The Ministry of Trade and Industry has finalized a comforting package for the affected traders which will be announce at a separate event soon,” he said at a press conference in Accra on Thursday August 19.

Find his full statement below…

Good morning distinguished ladies and gentlemen of the media, I welcome u all to this press briefing to present the report of the committee set up to investigate the cause of the fire outbreak which occurred in the early hours of Monday 5th July 2021.

As you recall, it took the fire fighters four (4) days to put off the fire due to the nature of the fire and allied reasons. Permit me to use this opportunity to thank the dedicated team of Fire Officers on duty, our committed Police officers that responded swiftly in providing security, our devoted NADMO Officers for emergency services, unfaltering Military Officers for staying on the ground and our unwavering Metro Guards for controlling trading activities.

It is informative to note that on Friday 9th July, 2021, a day after the fire was completely extinguished, at the disaster site, I, the Metropolitan Chief Executive of the Accra Metropolitan Assembly commissioned a seven-member committee under the Chairmanship of the Metro Director of NADMO, Mr Henry Nii Lantey Plange to investigate the cause of fire. make appropriate recommendations. ascertain the number of shops and victims affected, assess the Structural Integrity of the building, assess the operational protocol of firefighting and any issue of interest.

I am here to inform you that the Committee has its work: making critical observations, recommendations and management decisions

Even though Electricity Company of Ghana reported that there was no power outage in the national grid at the Makola area, the traders both in the burnt building and outside reported three (3) different outages in the earlier hours of the incident day. The intermittent outages led to the use of generators which was believed to had caused the fire in the top floor. It is important to stress that over 90% of shops own and use small size generators as an alternative power supply anytime the national grid goes off. Lately because there is no ‘DUMSOR’ it appears regular servicing their generators has been forgotten.

The Committee also observed naked and haphazardly exposed of electrical wires in the building. This coupled with bad electrical wiring, especially by unprofessional electricians and the use of sub-standard gadgets is very worrying.

Though the Ghana Water Company Limited reported of available water supply in the Central Business District, the Ghana National Fire Service indicated that due to low pressure of the water they have to go to Kwame Nkrumah Circle and adjoining areas to access water and that affected the timely response to fighting the fire.

For the avoidance of doubt, let me clear that the Ghana National Fire Service responded to the distress call about 10mins after the first call and multiple appliance were instantly mobilized from several Fire stations including the Metro Fire office to fight the fire.

5.  Expired fire Extinguishers and lack of Knowledge of use of fire extinguishers

The Committee also noticed that though almost every shop had a fire extinguisher which were acquired on the advice of the Ghana National Fire Service it is suspected that many of them could be expired. However, it is instructive to note that it is the fire extinguishers of the shop owners used in fighting the fire before the Fire Service team arrived.

It was observed with regret that the traders do not have insurance same as the affected building jointly owned by two (2) private people.

A smoke was noticed in front of one of the shops (Afia 1 2 3 enterprise) on the second floor of the building from a generator set switched on to power their store, an attempt was made to put off the fire with their fire extinguisher but was unsuccessful.

The flame of the spark fire caught up a hanged banner which further spread the fire to other shops on that floor and later to other parts of the building.

Checks from the Control Room of the Electricity Company of Ghana and their Fault Office records could not confirm power outages as alleged.

I thank all stakeholders including the media, GUTA, Ministry of Trade and Industry and others not mentioned for their support. 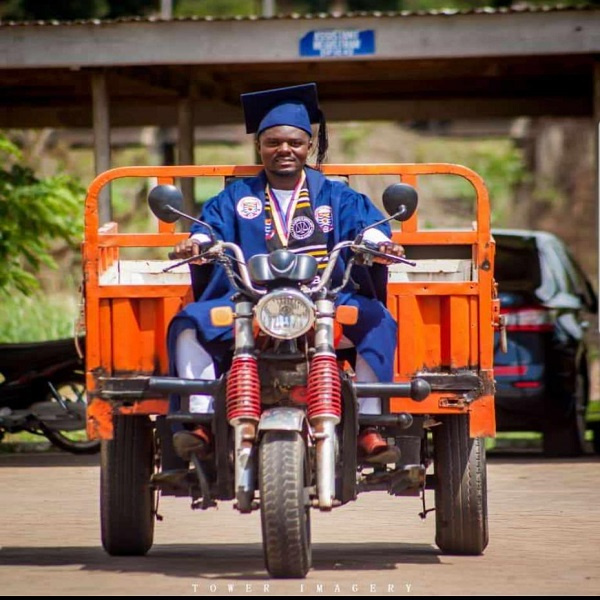 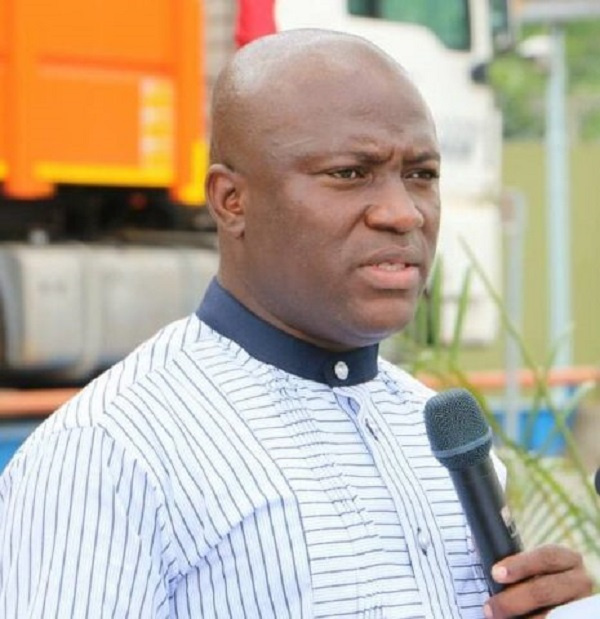 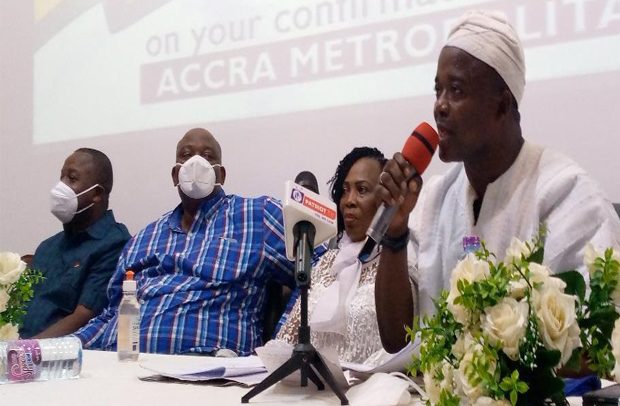 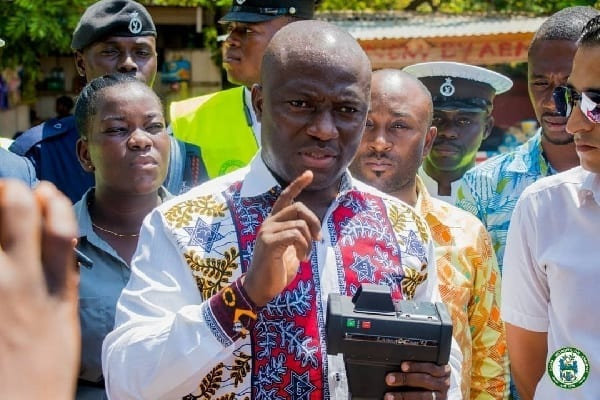