The Office of the Special Prosecutor (OSP) has recovered over GHC1 million GHC1,074, 627.15) from Labianca Foods in unpaid import duties.

The OSP has also called for wider investigations into Customs Division of the GRA and demanded for a copy of Integrity plans to prevent corruption.

The OSP investigated alleged corruption and corruption related offences in the context of evasion and valuation of duties on frozen and processed food products imported into Ghana between 2017-2021.

The case, according to the OSP involved some high-ranking officials of the Customs Division of the Ghana Revenue Authority (GRA).

In its re[port on the investigations, the OSP said “Labianca Company Limited commenced operations in 2014 and it is wholly owned and controlled by Ms. Asomah-Hinneh on all practical and legal considerations. The company, it appears, imports about two hundred (200) forty (40) footer shipping containers of frozen chicken parts, fish, pork and fries monthly primarily from Europe and the United States of America. It enjoys a substantial market share in the imported frozen foods industry.

“There was not much engagement with the Customs Division in the first three (3) years of the company’s operations beyond the settlement of standard customs duty and other tax obligations until 2017 when the company actively commenced applications to the Customs Division for the acceptance by the latter of the values of frozen foods it intended to import.

“By the time the company commenced the applications, Ms. Asomah-Hinneh had been elected a member of the Council of State representing the Western Region and appointed a member of the governing board of Ghana Ports and Harbours Authority – positions she held at all material times. On this reckoning, Ms. Asomah-Hinneh is a politically exposed person as defined under section 79 of Act 959.” 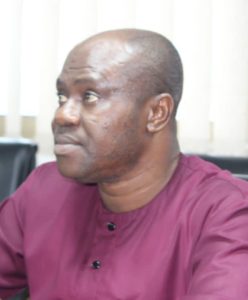 Online betting tips from MSport – How to ensure security if you win GHS 50,000!

Over 30 irregular migrants rounded up in Accra