The National Media Commission (NMC) is in the next two weeks requesting all owners of radio stations in conflict-prone Bawku in the Upper East Region to submit measures they have put in place to ensure professionalism on the airwaves.

According to the Commission, there is an increasing trend of weaponisation of the media in the Bawku conflict and that has become a major concern.

“In the past couple of weeks, we have noted an escalation in incidences of hate speech, disinformation and incitement on radio of a scale and scope that pose a clear and present danger to the Bawku community,” a statement issued by the Executive Secretary of the Commission, George Sarpong, on Sunday, October 2 said.

“Some of the cases are closely reminiscent of the egregious misbehaviour of Radio Television Libre des Mille Collines (RTLM) in the Rwandan genocide.”

It is to curb any major disaster that the owners of radio stations are being asked to submit their measures to ensure professionalism.

Bawku has recorded deadly clashes, leaving many homeless. Though security has been beefed up in the area and curfews imposed, pockets of violence are often recorded.

The radio station owners have been asked to also “adopt stronger gatekeeping measures to ensure that persons with interests in the conflict do not hijack radio stations to foment trouble”.

“Owners must be careful who they recruit as programme hosts and which persons are invited as guests on discussion programmes.

“Owners must remember that they bear ultimate responsibility for whatever happens on their networks.”

The Commission has also advised media houses outside Bawku to be very circumspect in their coverage of the conflict.

“Media practitioners must also keep in mind the prosecution of journalists at the International Criminal Court and advise themselves accordingly.”

Two civil society organisations – Media Foundation for West Africa and the Ghana Independent Broadcasters’ Association – have offered to assist any broadcaster in Bawku who may require assistance to review their gatekeeping and professional systems.

“We hope all radio stations shall take advantage of the offer,” the Commission said, commending the two organisations for their effort. 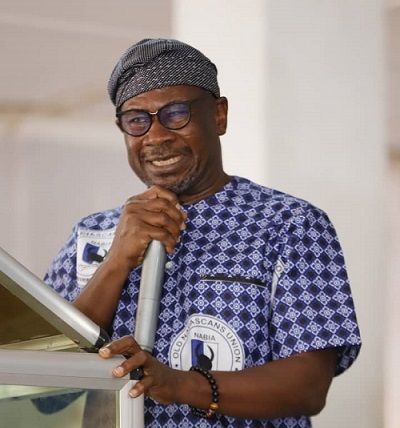 Phone owners without Ghana card have not been blocked – Ursula