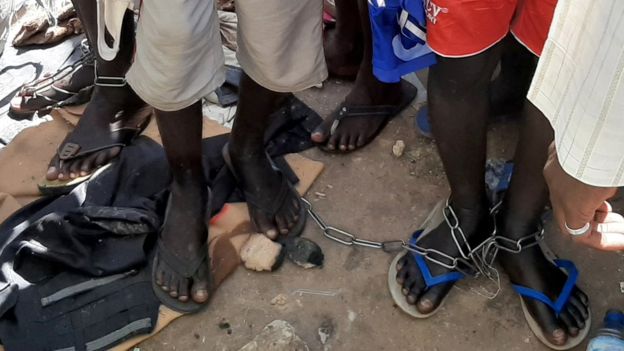 Police in northern Nigeria have freed 67 people who had been found shackled at an Islamic boarding school, officials say.

The pupils, between the ages of seven and 40, told police they had been tortured and abused.

Islamic boarding schools, known as Almajiris, are common across the mostly-Muslim north of Nigeria.

In a statement released on Monday, police said the boys and men were chained and subjected to “inhuman and degrading treatments”. Some had been sexually abused.

“Beating, abusing and punishment, this is what they always did to us here. They make a cover story and say they were teaching us. They are not teaching us for the sake of God,” student Lawal Ahmed told the Reuters news agency.

Two teachers as well as the owner of the school, which is in Daura, the birthplace of President Muhammadu Buhari, have been arrested.

More than 300 pupils were enrolled but most had escaped before the police arrived, the BBC’s Ishaq Khalid says.

The captives had been rioting and many had got out with their shackles still on, a Katsina police spokesperson told the BBC.

The school operated for decades as a place for Koranic instruction and worked with some pupils who were deemed to have behavioural problems.

There have been numerous reports of abuse at Islamic boarding schools across northern Nigeria, with students sometimes forced to spend their days begging on the streets.

A lack of rehabilitation facilities in parts of the country force some parents to enroll their unruly children in informal Islamic schools – which are also meant to be correctional facilities – where they are subjected to abuse, our correspondent says.

In September, when students were freed from the school in Kaduna, he urged religious and traditional leaders to work with the authorities to “expose and stop all types of abuse that are widely known but ignored for many years by our communities”. 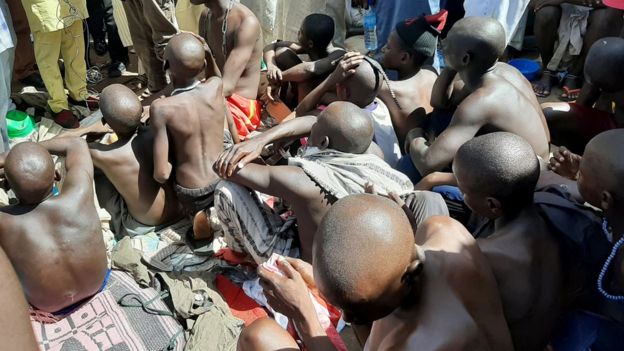