Six of the cases were confirmed in the Greater Accra region while the remaining three were recorded in the Ashanti Region.

One of the patients who contracted the disease in the Greater Accra region, a 37-year-old woman, had no travel history, neither did she have any contact with another confirmed case.

In the Ashanti Region, one of the three new patients also had no travel history and had not come into contact with any of the already confirmed cases.

“Among the cases from Greater Accra, one is a 37-year-old woman with no history of travel nor contact with a confirmed case. One is a repeat test of a travellers under quarantine who was initially negative but converted to positive on repeat test. Four are contacts of confirmed cases with no symptoms and were detected during the enhanced contact tracing and testing,” the Ghana Health Service indicated.

It added that, “Of the three (3) cases from Ashanti region, two (2) are Ghanaians who travelled to Ghana from France within the past 14 days and the third one is a Ghanaian who has no history of travel out of the country nor contact with any confirmed case.”

Six regions have so far recorded confirmed cases of COVID-19.

With the latest update, Greater Accra still leads as the region with the most number of confirmed cases, followed by the Ashanti, Northern, Upper West, Upper East and Eastern Region. 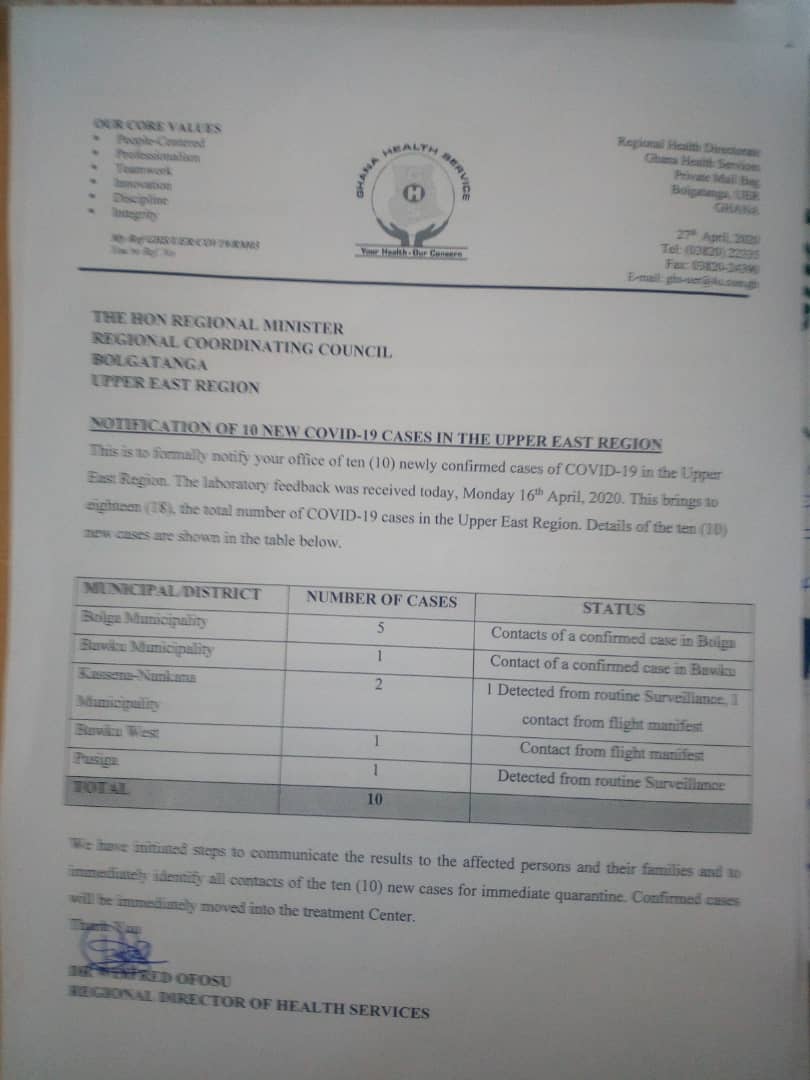