On December 7, Ghanaians will head for the polls to participate in the seventh General Election since 1992 to elect a president who will be at the helm of affairs for another four-year term. Additionally, the almost 17 million registered voters will get the opportunity to choose eligible candidates who will represent them in Parliament for the next four years.

Elections are one of the most important events which afford citizens the opportunity to cast a verdict on a political party or government’s policy through the ballot. Here, citizens are clothed with the veto power to choose whom to represent them based on their personal and communal benefits non-hesitantly.

Interestingly, the Presidential candidates for the two major political parties; Nana Addo Dankwa Akufo-Addo and John Dramani Mahama have had a taste of political power, thus, resulting in a competition of legacy and accomplishments. So, what really will inform people’s voting decision come December 7, 2020?

This piece takes a look at five very important and topical issues that have dominated public discourse in the run-up to election 2020.

President Akufo-Addo has declared 2020 as the year of roads. Since the New Patriotic Party (NPP)’s campaign launch in February 2020, it appears that little has been done to fulfil the campaign’s mandate. As at the end of October 2020, and as characterized by-election years, more communities are crying for roads. It is important though to acknowledge that some amount of work is being done but many more roads are left unattended to hence the agitation from some chiefs and residents. Over 32 percent of residents within the Bawku, Zebilla, and Garu Constituencies in the Northern region through a Joy News’ Ballot Box program said roads do matter to them most and will, therefore, determine whom they will vote for.

In a recent pre-election survey report outdoors by the Ghana Center for Democratic Development, about 51 per cent of their respondents or citizens say infrastructure and roads will influence their votes in the December 7 election.

“It is the first time in the history of their survey that Ghanaians are more concerned about infrastructure than unemployment” Director of Research at CDD Ghana, Dr Edem Selormey said.

The World Bank’s latest report published in September 2020.indicates that Ghana is faced with 12% youth unemployment and more than 50% underemployment, figures that are both higher than the overall unemployment rates in Sub-Saharan Africa which are pegged at 6.19% for 2019.

Government interventions such as GYEEDA, now NABCO are some projects that have been instituted to provide jobs to university graduates. Graduates under the scheme will be under the scheme for three years.

With a younger population, the focus of the countries’ leadership should be about expanding the economy in order to create jobs for the teeming youths.

Again, the CDD Ghana report noted that 46% of total respondents said unemployment will be another influencing factor in their decision to choose a particular candidate.

It is imperative to suggest that any candidate promising a sustainable job creation venture is likely to have the voters’ support.

At the core of issues dominating public discourse and election campaigns is the subject of education. In the lead up to the 2016 election, then-candidate Akufo-Addo promised to ensure that all Senior High students attended school for free. He won the election. Political scientists have attributed the Free Senior High School promise as one of the factors for his resounding victory in 2016.  The Free Senior High School Policy has been implemented with about 1.2 million pupils already benefiting from the program. Before its implementation, about 881, 600 pupils had the opportunity to enrol into Senior High School in 2016.

The Free SHS policy is the government’s main trump card in the lead up to the 2020 elections. Though educationists and other stakeholders such as the Conference of Heads of Assisted Secondary Schools ( CHASS) have called for a review of the policy, it is seen as the biggest investment of any government in the educational sector.

Potential voters in an unscientific poll by Joy News rate education as one of the foremost factors which will drive their decision to vote in this year’s election.

On the other side though, an Educational Management Systems report has revealed that the cancellation of free exercise books, crayons for pupils in 2017 affected some students’ participation leading to 20 percent of students dropping out of school before JHS 3.

Management of COVID-19 pandemic and the economic disruptions

In 2020, humanity was caught napping by the COVID-19 pandemic as all countries were unprepared and had no knowledge about how to fight this novel disease.

When Ghana recorded its first case on March 12, 2020, the government sprung into full action to put in measures to curtail the rapid spread of the virus.

As of now, Ghana has recorded 47,232 cases with 310 people sadly having their lives truncated.

President Akufo-Addo and his government’s decisions following the outbreak have won the admiration of many as a lot of social intervention programs such as free food distribution during the lockdown, free electricity for vulnerable consumers and free water for all costing over 2 billion Ghana cedis were rolled out to cushion the chunk of the population. Aside from these interventions, the government said it has supported over 250,000 Small to medium scale businesses with an amount of USD$104 million.

Though many have predicted doom for Ghana due to the country’s fragile public health system, experts have praised Ghana’s effort to contain the novel coronavirus so far.

Though the circumstances in the United States are unlike Ghana, it is possible to predict that since the approval rating of voters of President Donald Trump’s handling of the crisis has decreased, President Akufo-Addo’s ratings may increase by a few points owing to how Ghanaians rate his efforts in containing the virus

Definitely, these measures will affect this year’s election.

The ‘failing fight” against Corruption

It is more than clear that the canker of corruption which plagued our republic is far from being dealt with.

The President’s party labelled him as the “incorruptible one” in the run-up to the 2016 election.

Almost four years into his government, many anti-graft campaigners including Investigative Journalist Manasseh Azure Awuni have described his government’s fight against corruption as a “sham and cosmetic”. The Australian Visa Scandal, BOST Contaminated Fuel scandal, Galamsey Fraud, PDS Power distribution agreement, Agyapa deal among others, have forced people to posit the view that the fight against corruption is unsatisfactory. For the records, finality has not been brought to all these teething issues as investigations are either aborted or left unattended to by State Agencies responsible for prosecution.

About three weeks ago,  the Chief Executive Officer of the Public Procurement Authority was sacked following his involvement in the sale of government contracts and the botched Ameri deal which citizens are still kept in the dark on the decision to sack then Energy Minister, Boakye Agyarko.

Executive Director of the Ghana Center for Democratic Development, Prof H. Kwasi Prempeh believes some of these cases could have been handled in a better way.

The trust of citizens in politicians is waning. This will no doubt affect the decisions of citizens on who among the various parties has fought corruption ruthlessly.

These public policy issues and programs highlighted in this article will present an opportunity for policymakers to tackle the challenge head-on no matter the outcome of the election. 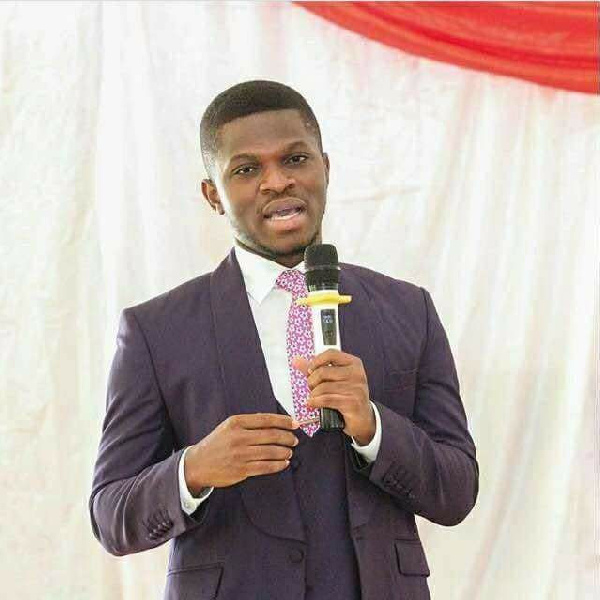 The 2020 elections were a turning point but towards what? [Article]