The Parents of the 15-year-old student of the Miracle Preparatory and Junior High School at Sunyani in the Bono Region, who is suspected to have committed suicide by hanging, say they suspect foul play in the death of their daughter.

The final-year female student was seen hanging from the ceiling in the school’s dining hall on Monday evening.

The father of the deceased, Williams Kyere, after meeting with the Sunyani Municipal Police Command told Citi News the passing of her daughter is questionable.

“I suspect foul play because my daughter cannot die like that. She doesn’t have any problem for her to just die. I have four daughters at different levels. She wanted to be a doctor, so I don’t understand why they said my daughter was having problems that made her take her life. It’s neither here nor there.”, he lamented.

The deceased, Leticia Kyere Pinaman, is believed to have died by hanging herself in the school’s dining hall.

It is not yet clear yet what might have accounted for the incident.

“It was bad news. My wife called me around 8:00pm, so I had to drive through to the school. When I got there, they told me the place was cordoned off because they wanted the police to arrive. So I drove back to the police station and the officers dispatched a pathologist, to begin with the investigations”, the father of the deceased narrated.

The Housemistress of the school, Gifty Acheampong, told Citi News: “I was in the kitchen when I heard the students shouting.”

“I rushed there and saw her hanging, so I quickly rushed to the church auditorium to call the proprietor and the proprietress,” she said.

The Sunyani Division Police Crime Officer, DSP Kingsley Wiredu, said his outfit is gathering facts and would brief the media at the appropriate time.

Meanwhile, the body of the student has been deposited at the Bono Regional Hospital Morgue. 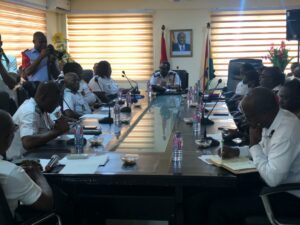