Citi News sources have revealed that the mother of Joseph Panyin Mensah, popularly called Auntie Aggie, was on Thursday, September 23, 2021, detained by the police.

According to the sources, she spent the night in police cells in Takoradi.

Meanwhile, the husband of the woman, Michael Simmons, was also interrogated on Thursday and again called in this morning to the Takoradi Central Police Command for further interrogation to determine his involvement in the alleged fake pregnancy and kidnapping.

The Ghana Police Service says it has received further results which corroborates its earlier report stating that the lady was never pregnant.

The second test, which was conducted at the Effia-Nkwanta Regional Hospital in Sekondi-Takoradi, was to clear doubt and reactions which greeted its initial report.

The police added that the per the records at the Takoradi Regional Hospital, the last time she visited the hospital was in October 2020, and she was without a pregnancy.

He also said the police would conduct a third examination at the Korle Bu Teaching Hospital if necessary.

“The Medical Staff at the Takoradi Government Hospital have given statements to the police that they distance themselves from any kind of antenatal or any pregnancy check-up, as claimed by Josephine Mensah. What they said was that the last time she visited the hospital was October 2020 where she came with an ailment issue which the hospital did not disclose, but they went further to say that it had nothing to with pregnancy or antenatal care and management.”

“Let me also emphasize that the police are not in any position to manufacture untruth or biases against this young lady, and nothing stops the police from seeking a third opinion in the apex hospital that is the Korle Bu Teaching Hospital.” 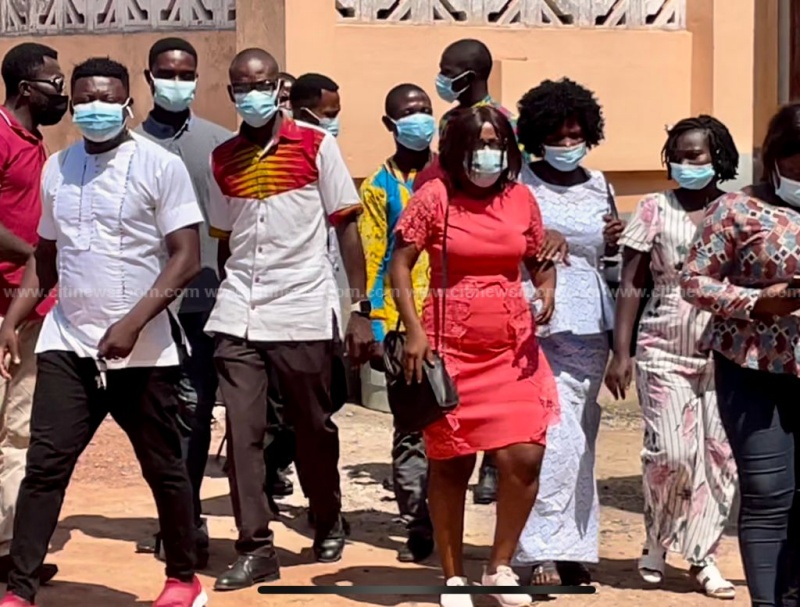