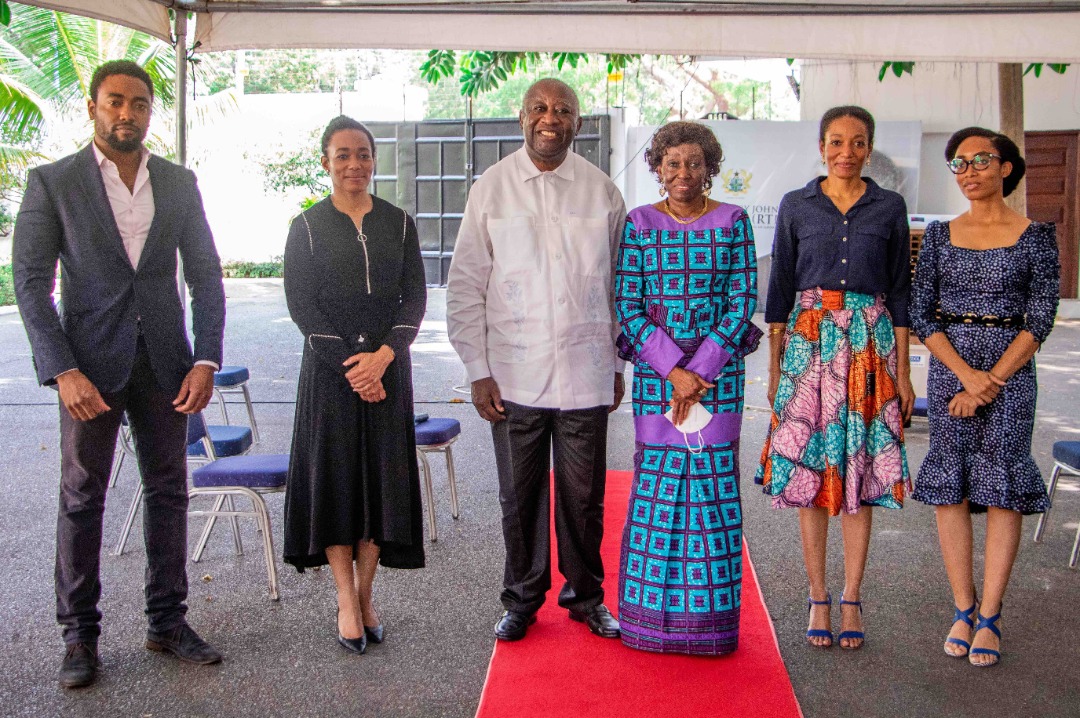 Former Ivorian President, Laurent Gbagbo has expressed regret that he did not have the opportunity to extend his gratitude to former President Jerry John Rawlings, before he passed away in November last year.

President Gbagbo who called on Ghana’s former First Lady Nana Konadu Agyeman-Rawlings and her family last Friday, said the news of President Rawlings passing came as a real shock to him because they were close friends.

“President Rawlings was the strongest amongst us his compatriots, so it was difficult to believe he had passed. He was very authentic and real,” Mr. Gbagbo said.

The former Ivorian leader said he was very much aware of the significant support President Rawlings gave him and how he spoke passionately about the error of his incarceration while others conveniently kept quiet. 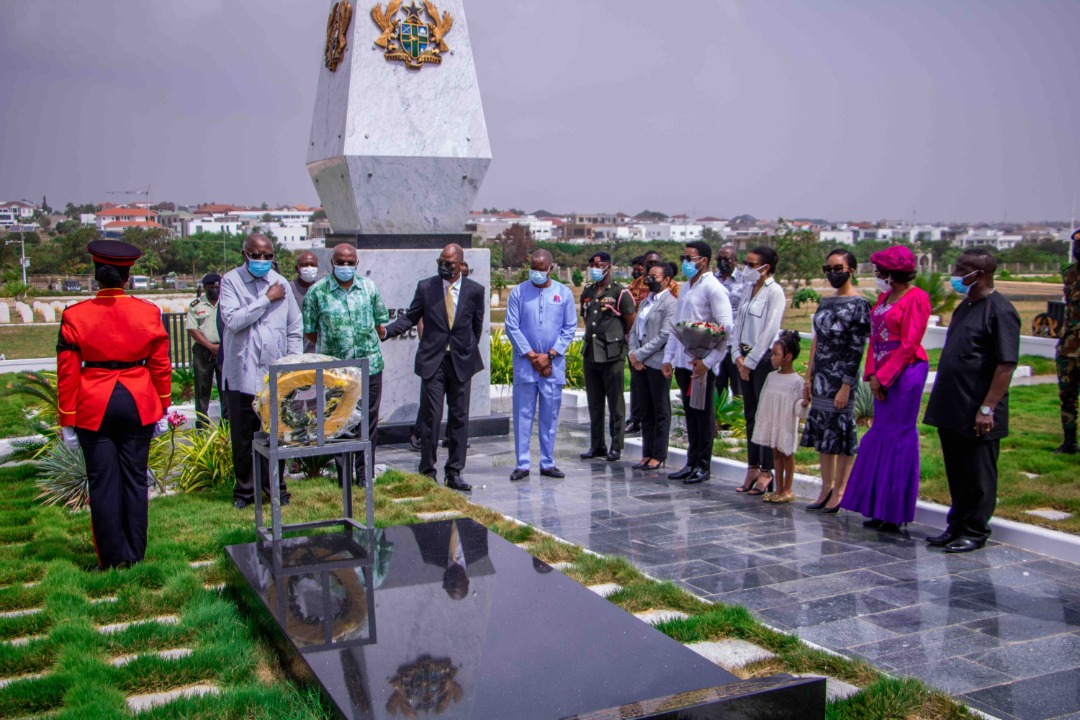 President Gbagbo returned to Cote d’Ivoire in June this year after being incarcerated for ten years by the International Criminal Court (ICC). He was acquitted in 2019 and the court upheld the acquittal earlier this year.

He said soon after his return he yearned for an opportunity to come and commiserate with the Rawlings family and was finally relieved that he had fulfilled that mission. 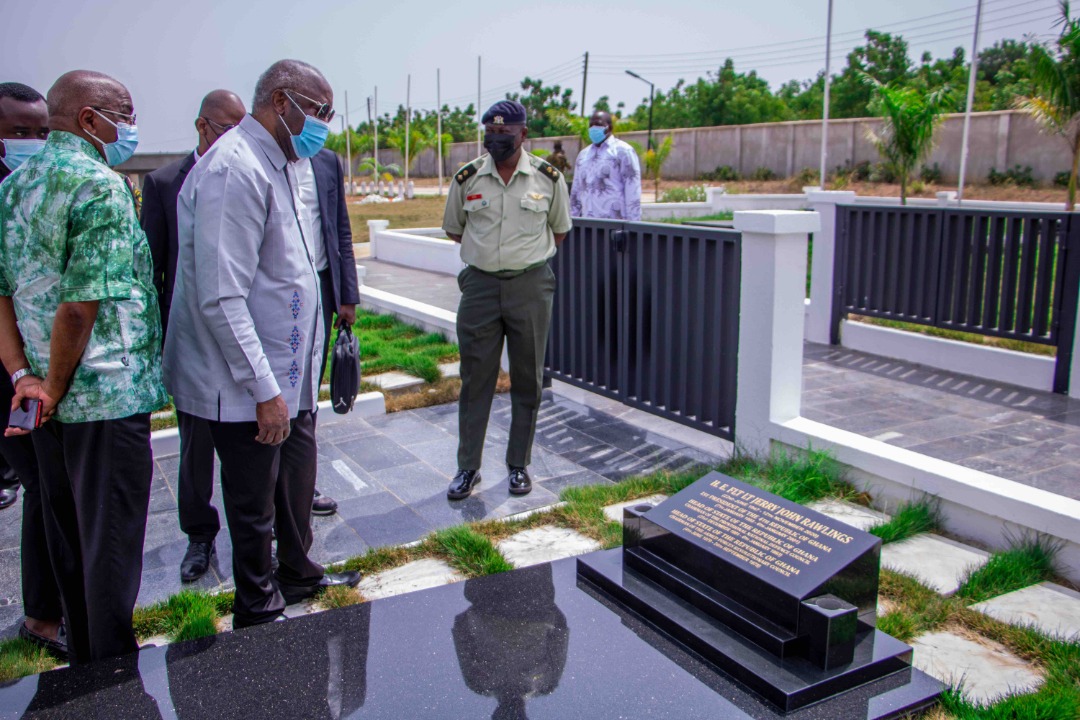 President Gbagbo also visited the tomb of President Rawlings on Saturday with members of his delegation.

He laid a wreath in honour of his late colleague former President.

She added that she was waiting for a time when Africans can say enough is enough with Europeans deciding how we should manage our countries.

She recalled how President Rawlings did not hesitate to bring up the subject of how shabbily President Gbagbo had been treated.

“Each time President Rawlings met a delegation he will talk about you (President Gbagbo) so that the media will carry it; that what is being done to President Gbagbo is unfair, unacceptable and how Africans cannot do the same to any European Head of State,” Nana Konadu Agyeman-Rawlings recalled. 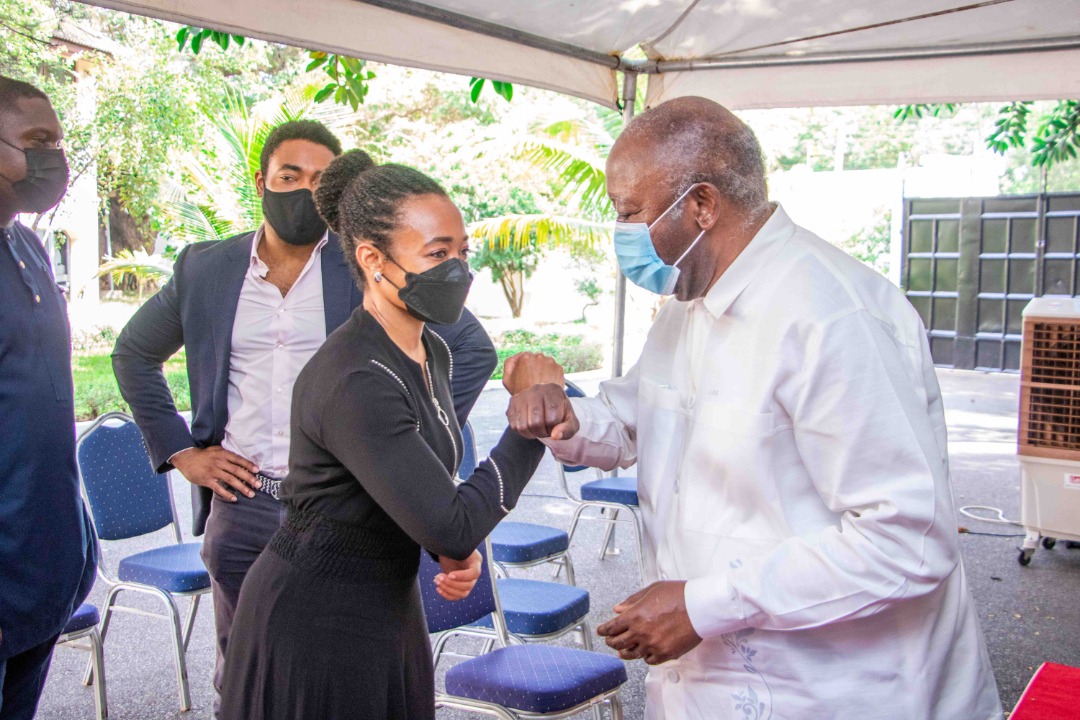 The former First Lady thanked President Gbagbo and his colleagues for fighting for his liberties and was happy the former Ivorian leader looked well after all the pain he had been through.

She was hopeful that the former President will continue to impart his ideas and ideals to his people to encourage national development. 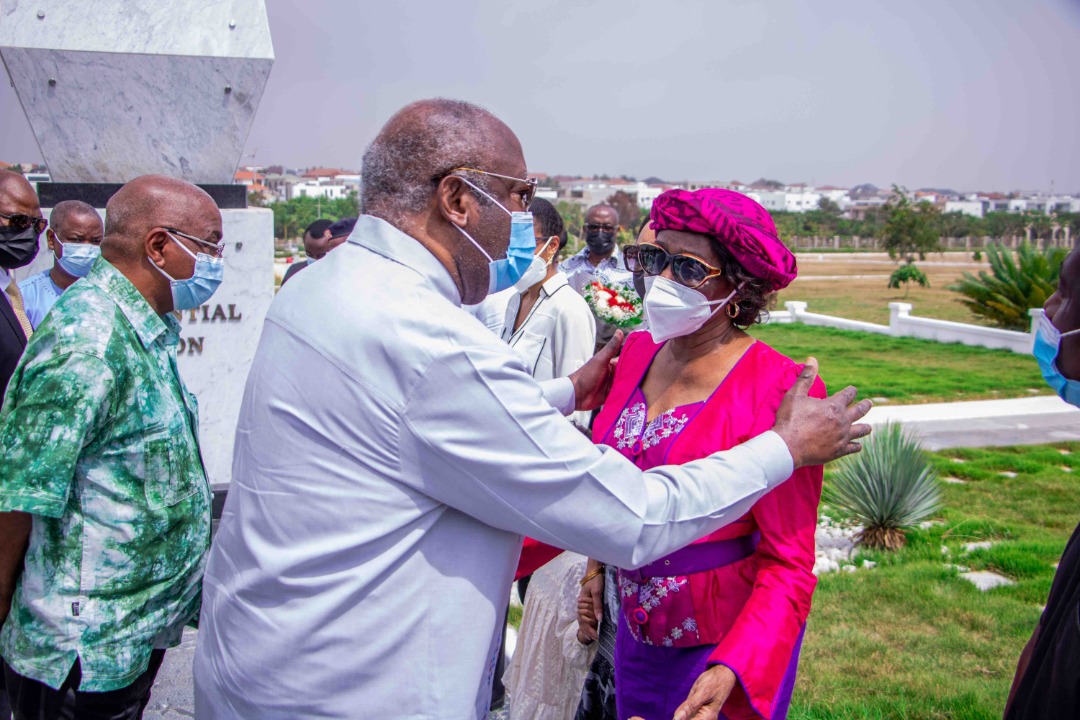 The Member of Parliament for Klottey Korle, Dr. Zanetor Agyeman-Rawlings, said her father, President Rawlings, took the matter of President Gbagbo personally and lamented bitterly about how he had been treated. She said President Rawlings felt the failure of ECOWAS to impartially intervene in the matter was the ultimate betrayal by the regional body. 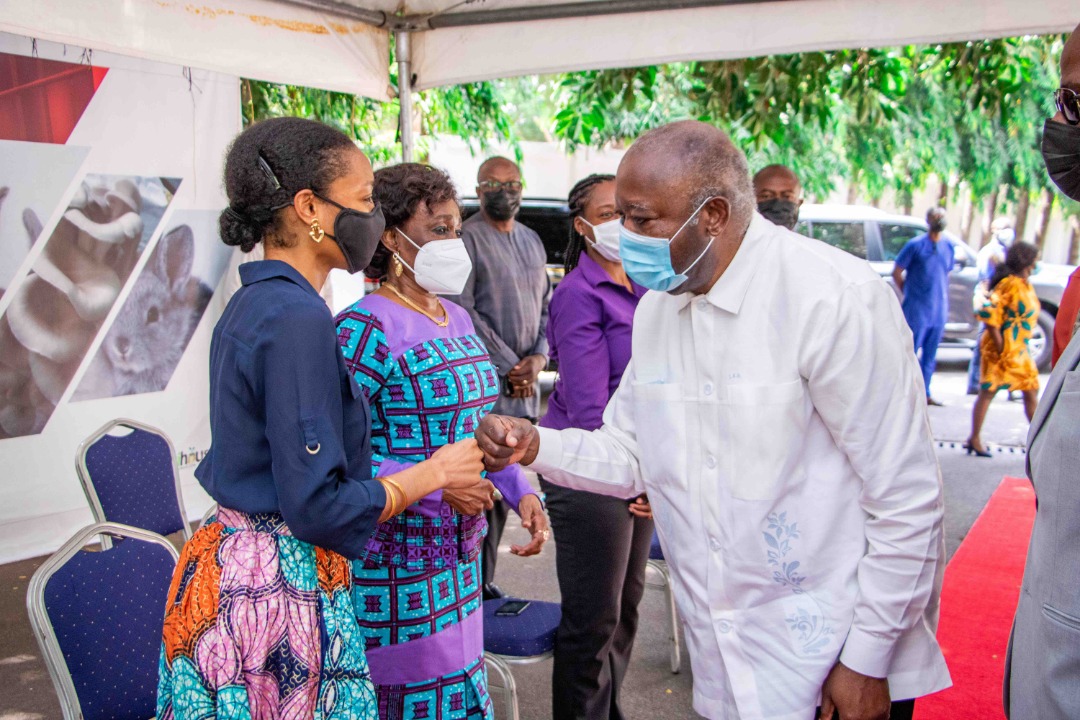 Dr. Agyeman-Rawlings said her father often mentioned the poor treatment of President Gbagbo in family discussions and reiterated such concerns when he held official meetings with both local and international delegations.

Former Liberian President, Ellen Johnson Sirleaf also called on Nana Konadu Agyeman-Rawlings and her family on Thursday to commiserate with the family.

Madam Sirleaf was in Accra to participate in the second Kofi Annan Peace and Security forum organized by the Kofi Annan International Peacekeeping Training Centre (KAIPTC). 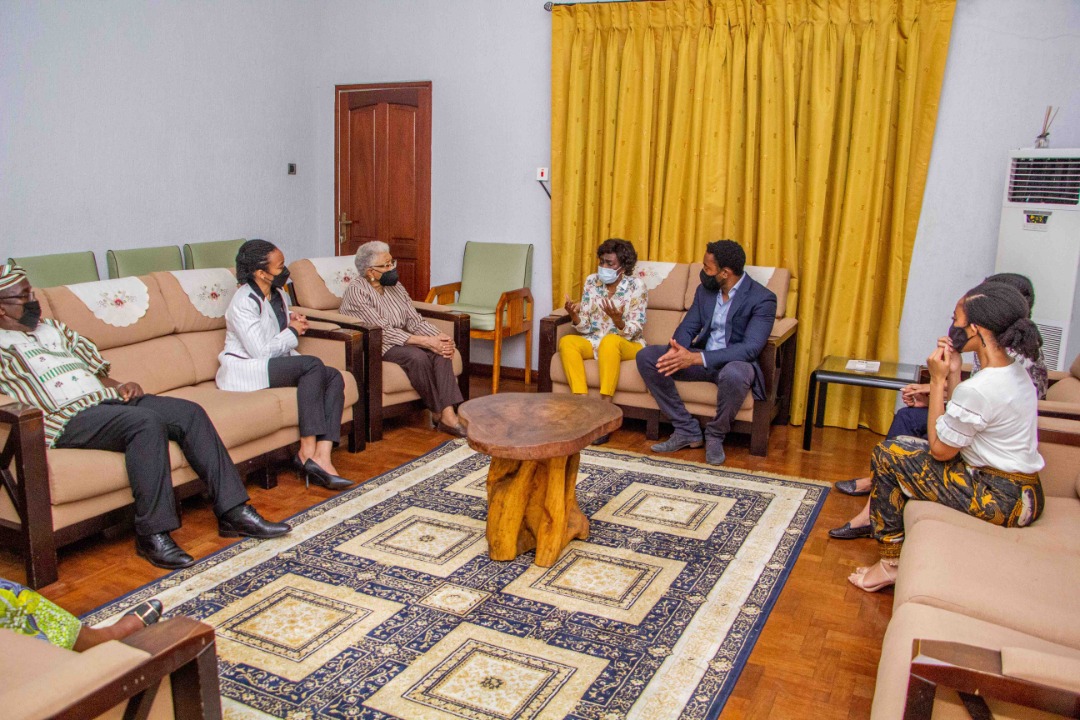 The former Liberian leader who has a long-standing relationship with Nana Konadu Agyeman-Rawlings, said she decided to check up on the family after her condolence visit last December.

She was delighted to see Mrs. Rawlings and the rest of the family doing well. 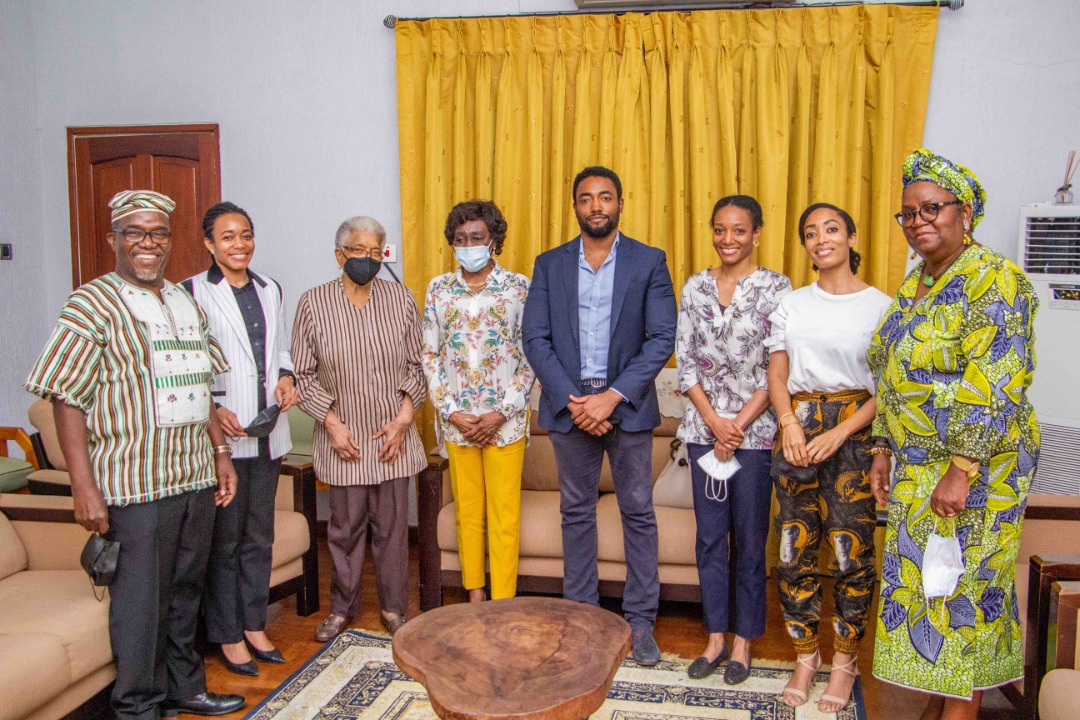 The meeting also discussed political developments on the continent.