President Akufo-Addo is pushing for Ghana’s inclusion on the membership of the United Nations (UN) Security Council as a non-permanent member from the year 2022-2023.

He is set to address the UN in a live or pre-recorded message on June 1, 2021 to advance his argument under the theme ‘Enhancing Global Peace and Security for Sustainable and Inclusive Development.’

The President is expected to push that “Ghana looks forward to working with its global partners towards reshaping the UN into an entity that ensures shared responsibilities for peaceful, equitable and sustainable societies.”

Ghana’s vision, if elected non-permanent member of UN Security Council 2022-2023, is to use her previous and current chairmanship of the sub-regional group, the Economic Community of West African States (ECOWAS) and active membership of the African Union (AU) to encourage the strengthening of partnership between the UN and regional and sub-regional organisations in conflict prevention, peacekeeping operations and in special political missions.

Ghana was admitted to the United Nations on March 8, 1957.

It has since used her membership to advance the country’s foreign policy and to become a global player in the promotion of international peace and security, human rights and sustainable development. Ghana has used the UN as a rallying point for the formulation of joint African positions.

The pivotal role played by the country in the creation of the Non-Aligned Movement followed later by G-77 plus China, further consolidated Ghana’s credentials within the United Nations.

Based on her strong belief in multilateralism, Ghana has pursued balanced and principled positions on issues on the agenda of the United Nations in line with the tenets of Ghana’s foreign policy and the objective of the UN Charter.

So far the country has demonstrated her commitment to the Women’s Peace and Security (WPS) agenda by increasing the deployment of uniformed women in UN peacekeeping operations.

It has played pivotal roles in mediation efforts and the peaceful resolution of conflicts within the West African sub-region.

The Accra initiative was launched in 2017 in response to growing insecurity linked to violent extremism in the West African sub-region.

The country has pledged $10 million for the ECOWAS region security fund in support of the 2020-2024 Anti-terrorism Action Plan.

Ghana is committed to the agendas of conflicts prevention, post conflict reconstruction and multilateralism at the heart of the UN’s peace and security agenda.

President Akufo-Addo is therefore set to defend Ghana’s record in the maintenance of world peace and security as often acknowledged by the UN itself, to secure the country a slot on the UN Security Council as a non-permanent member for a period of one year. 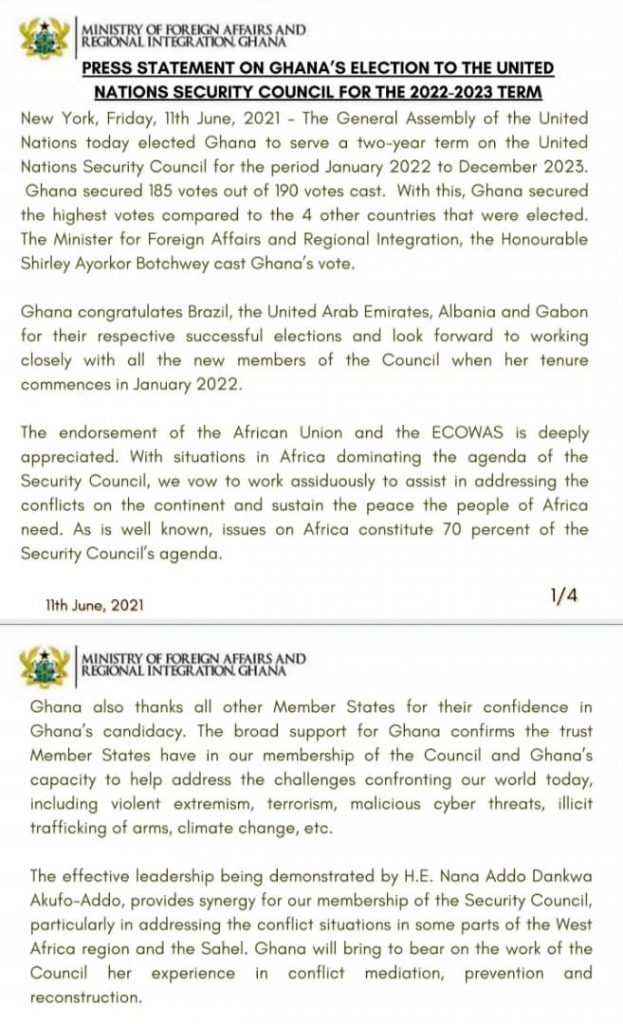 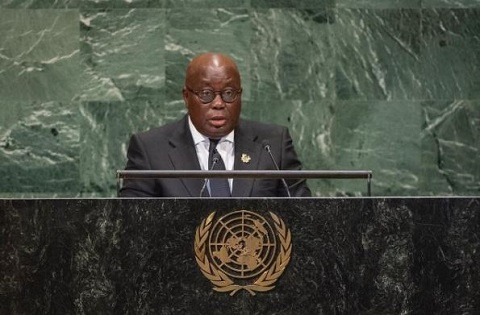