Three people, including a two-year old boy, perished when a speeding fuel tanker was involved in an accident at Onyinanumfo in the Ahafo-Ano South-West District of the Ashanti Region, on Monday, May 24.

The tanker, said to be carrying diesel from Kumasi, which was to be off-loaded at Tepa, reportedly caught fire after hitting a parked sprinter bus on reaching a sharp curve in that  community.

Desmond Ackah, the Regional Public Relations Officer of the Ghana National Fire service (GNFS), told the Ghana News Agency (GNA), that the driver in-charge of the tanker, identified only as Mohammed, and his mate, were burnt to death.

The three bodies had since been deposited at the morgue for autopsy, he confirmed.

Divisional Officer III Ackah said the five occupants of the bus, which was smashed by the tanker were also receiving treatment at the hospital.

About 10 houses, caught in the inferno were also razed.

Meanwhile, the Regional Coordinator of the National Disaster Management Organization (NADMO), Mr. Kwabena Nsenkyire, in interview with the GNA, said the Organization had sent some personnel to the affected community to assess the situation after being alerted to the incident at about 1700 hours.

They are mobilising relief items and finding makeshift homes for those rendered homeless. 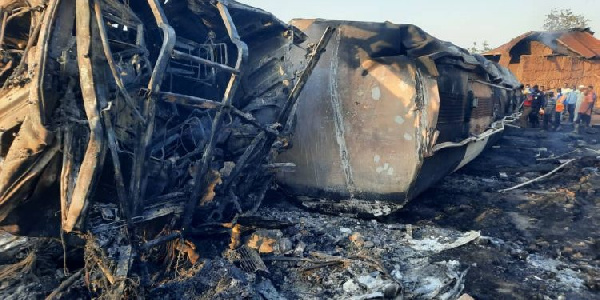 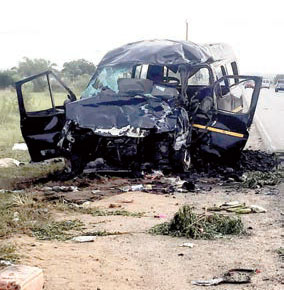 2 die,5 injured in accident at Tsito 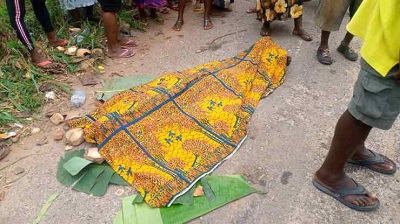 6 die, others injured in separate accidents on A/R

One die, 10 injured in accident on Accra-Cape Coast highway