NDC sells first copy of book on its Administrative History for GH¢21,000.00

NDC sells first copy of book on its Administrative History for GH¢21,000.00

The first copy of the book on Administrative History of the National Democratic Congress – June 1992 – December 2012, has been sold for GH¢21,000.00 during its northern sector launch in Tamale.

It was purchased by Mr Abdul-Nasir Saani, Upper West Regional Chairman of the National Democratic Congress (NDC), who gradually increased his bid to surpass the nearest bid, which stood at GH¢20,000.00.

The launch ceremony was attended by politicians, businessmen and academics, some of whom purchased copies of the book at various auctioned prices.

Proceeds from the sale of the book, which gave insights into the country’s political history and the NDC’s contribution to the democratic development of the country, would go to support the party’s activities.

The 1,500-page book touched on the political history of the country and the various military regimes and concluded that it was the Provisional National Defence Council (PNDC)/NDC, which eventually found the formula for political stability of the country.

It touched on the economic history of the country and the negative economic growth recorded over the years prior to the PNDC/NDC governments arguing that the works done by the PNDC/NDC moved the economy to growth, where it had remained for over 30 years now.

It also gave an account of the political history of the country touching on the symbiotic relationship between business and politics, where businessmen either founded and or supported political parties to advance their business interest.

The NDC employed Mr Israel Dzantor, and worked with him together for almost three years now to get the book published.

Professor Jane Naana Opoku-Agyemang, the 2020 Running-mate of the NDC, who launched the book, said writing the book was about telling the party’s own story so that nobody distorts.

Professor Opoku-Agyemang said “when you tell your own story, you are able to set the records straight” describing the book as an excellent material for the youth and researchers.

Mr Samuel Ofosu-Ampofo, National Chairman of NDC, said in terms of records in government, the NDC had done far better than the NPP, adding that there was lot of prospects for the party in the 2024 general election.

Mr Johnson Asiedu Nketia, General Secretary of NDC said the book was to guide the future generation to help move the country forward.

He added that the book was the first in the series of other books to be published by the party, adding two others focusing on the constitutional history, and manifesto history of the NDC were being worked on and would soon be published.

Mr Haruna Iddrisu, Minority Leader, and Member of Parliament for Tamale South, spoke about the economic hardship in the country and said his engagement with the government showed that “There is no solution in sight. There is no end in sight for the suffering of the Ghanaian people.”

Mr Ali Adolf, Acting Northern Regional Chairman of the NDC said God gave the opportunity for the NPP to come to power to expose their incompetence for the citizenry to see.

The post NDC sells first copy of book on its Administrative History for GH¢21,000.00  appeared first on Ghana Business News.

NDC condemns attack on its headquarters 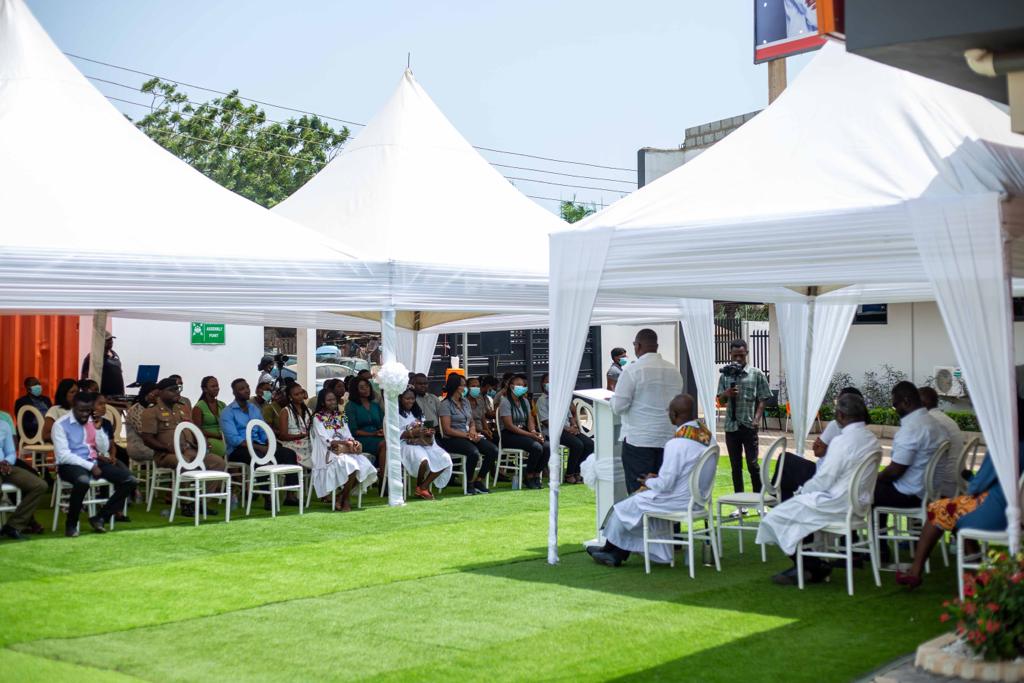 I can fight NPP boot for boot; vote for me – Ade Coker

Sekondi-Takoradi: Sachet water producers agree to sell bag at GH¢8 instead of GH¢10

Stay away from the Vote of Censure –NPP tells its MPs