Tema, Nov 6, GNA - The Tema Metro directorate of the Electoral Commission has teamed up with the National Commission for Civic Education (NCCE) to sensitise prospective candidates in the Tema metropolis on the forth coming District Assembly Elections (DAE) and the Referendum.

Nana Oduro Nimapau, Tema Metro Electoral Officer, revealed that it was imperative for key stakeholders in the electoral process to engage potential candidates for the conduct of free, fair, and credible election which results would be accepted by all.

Nana Nimapau explained that, the candidates must also educate the electorates on the referendum when campaigning at their various electoral areas.

He said the EC would mount common campaign platforms for the all candidates in demarcated electoral areas across the country so to offer them the opportunity to choose the best candidate fit to lead the electoral area at the Metropolitan, Municipal and the District Assembly level.

According to the Metro Electoral Officer, the public would exercise their franchise on December 17, 2019 to elect their Unit Committee, Assembly Members and vote YES or NO for the referendum.

Mr Isaac Kwame Antwi, Tema Metro NCCE Officer, whipped up the interest of the Candidates to participate in the referendum.

He noted that it was the first time the entire country was going to vote to amend some entrenched clauses in the 1992 Constitution of Ghana.

He said the NCCE in the metropolis would soon embark on intensive campaign to educate the masses on the referendum with a call on the citizens to fully participate in the process.

The country would go to the polls on the December 17, 2019 to elect new Unit Committee and Assembly Members as well voting YES or NO in the Referendum to decide whether or not, District Level Election and Nominations of MMDCEs should be based on party lines or not. 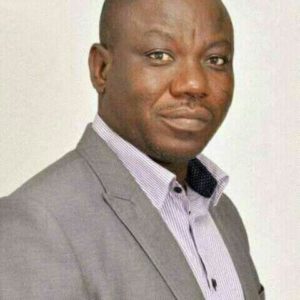 Minority to support government to deal with deficit on public purse