Kumasi, Nov. 22, GNA - Ghanaians have been told to avail themselves of the opportunity to exercise their franchise in the upcoming District Level Elections (DLEs).

Ms Margaret Konama, the Kumasi Metropolitan Director of the National Commission for Civic Education (NCCE), said they should exercise that constitutional mandate to contribute effectively to strengthening local governance.

Ghana would on December 17, this year, hold the district assembly and unit committee elections to elect their respective leaders to govern them at the local level.

The event coincides with a referendum on Article 55 (3), which seeks to effect the necessary constitutional amendments to pave way for the involvement of political parties in the DLEs.

Ms Konama, who was addressing a day's sensitization workshop on the DLEs at the Bantama Palace in Kumasi, said the NCCE would continue to engage stakeholders to highlight the importance of the polls.

The workshop was organised by the Commission as part of efforts to whip up interest in the elections, which over the years had recorded relatively low patronage.

Ms Konama said the NCCE’s agenda was to get more of the citizenry as educated as possible on the impending exercise.

This is because democracy thrives on participatory governance, consequently, the people would have to show keen interest in the DLEs.

Baffour Owusu Amankwatia VI, Chief of Bantama, said the traditional authorities would collaborate with the NCCE in advancing its constitutional mandate, especially in the education of the masses on the need for them to embrace the District Level Elections. 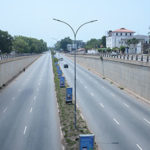 Traditional Leaders Must Join In The Hand Washing Campaign – Tong-Rana