They said education formed the bedrock of any progressive society therefore it was important to place premium on it to ensure that children who were future leaders were well equipped with the requisite knowledge and skills.

Togbe Drake Tsigbe IV, Paramount Chief of the area made the appeal on behalf of the people at a community interface meeting organized by GOSANET FOUNDATION and People’s Dialogue, and the Social Audit Committee of Ho Municipal Assembly as part of the implementation of the Support for Decentralization Reform (SFDR) Programme in collaboration with the Ministry for Local Government and Rural Development at Akoefe Kpodzi.

He said the delay of the project was having a serious toll on the education of the children in the area, with many leaving the town for urban centres for jobs.

The community interface meeting formed part of the Governance project component aimed at promoting Social Accountability and ensuring Good Governance in the country with sponsorship from GIZ.

The construction of the Asogli State SHTS started in May 5, 2016 and expected to be completed in May 2017, but the project has been abandoned by the contractor.

As part of SFDR Programme, the Social Audit Committee of the Ho Municipal Assembly and its partners conducted a social audit of the project to ascertain why it has been abandoned and to see how best the situation could be addressed for its completion.

Mr Samuel Yao Atidzah, Chairman of the Ho Municipal Social Audit Committee and Executive Director, GOSANET FOUNDATION, said the project was 97 per cent complete and that a total of Gh¢860,992.8 had been spent out of the Gh¢1,499,984.68 allocated for the project.

He said the project is Ghana Education Trust Fund (GETFUND) project being executed by Andilut Limited, and that the community interface meeting was aimed at sharing the findings of the social audit committee with the community and also solicit views from them on how best to find solution to the problem.

Members of the community during open discussions also pleaded with government to take the necessary actions to complete the abandoned project to promote technical education in the area. 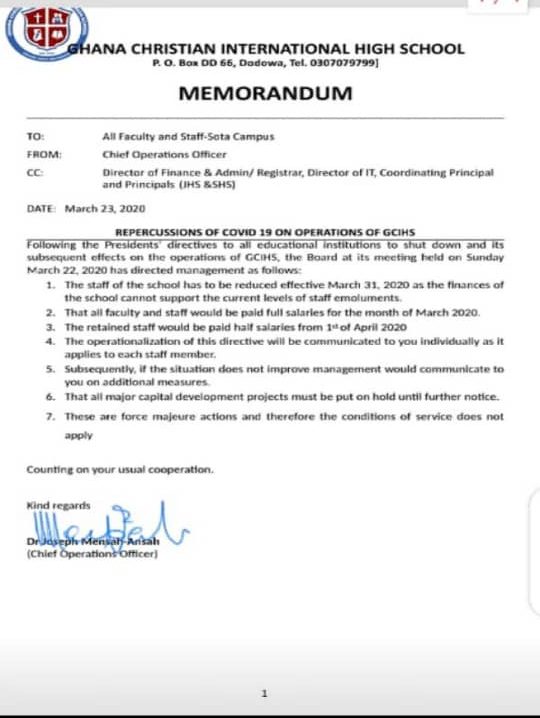