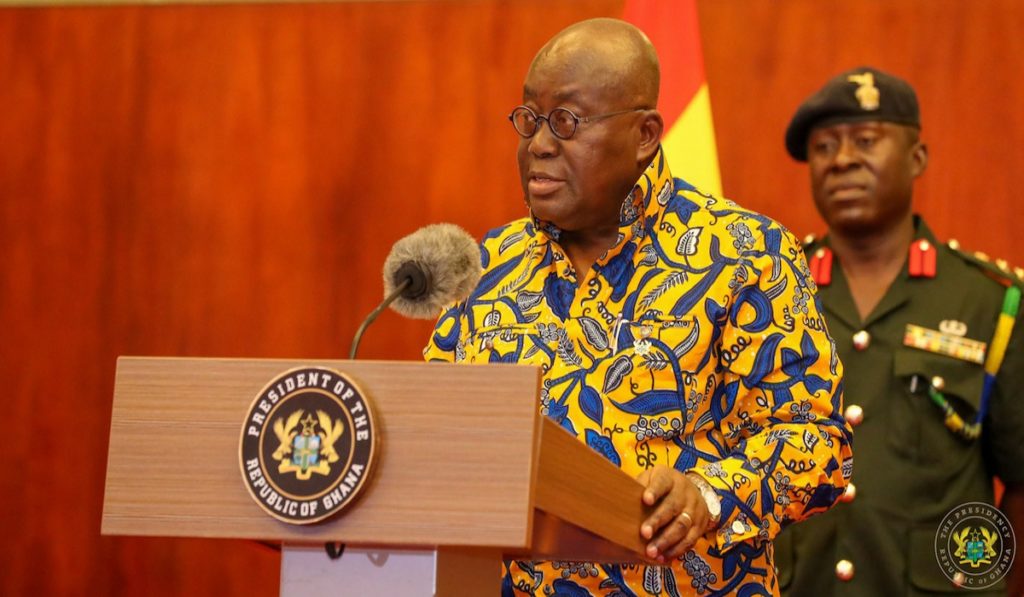 President Nana Addo Akufo-Addo has directed Sports Ministry and the Ghana Football Association (GFA) to consult with retired footballers about plans to develop the sport, particularly at the grassroots level.

"Former footballers have contributed so much to the country. I believe they still have a lot to share with the current policy makers and administrators of football," he said and urged the Ministry responsible for sports and the association to create a platform to seek the opinion and contribution of the former footballers.

On Wednesday evening, some former Kumasi Asante Kotoko players, including James KuukuDadzie, OpokuNti, and Malik Jabir, paid him a visit at the Jubilee House in Accra.

Akufo-Addo praised the former players for their contributions to the club and the growth of football in Ghana.

He pleaded with them to provide suggestions and advice to help develop not only Kumasi Asante Kotoko football club, but local football in general.

The President's main concern was the development of grassroots football, which has produced some of the best players for national teams in the past.

"Previously, we used to get things right with our grassroots football. We saw many talents growing up to be world class footballers. Now, it is difficult to develop grassroots soccer" he said.

The president directed the Chief of Staff's office to monitor the progress of the meetings between the Sports Ministry, the GFA, and the retired footballers.

"We will follow up to find out the result of these meetings," he said.

The President also called on the ministry to design a national level system to cater for the welfare of retired footballers, especially those who played for the national teams.

"The Minister will invite you at an opportune time to begin dialogue with the GFA. It shouldn't be a one day discussion but several discussions so that we can have old players contribute to the development of football," he said.

George Kennedy, President of KotokoLegend, stated that retired players would welcome any opportunity to help develop the country's football, particularly at the local level.

He addressed the plight of former players and urged the government to assist in the development of a welfare scheme for former footballers.

According to him, many of them were destitute and sought assistance from the government and Ghanaians.