Ghana Web
Government has started paying accrued allowances to some beneficiaries of the Youth in Afforestation program under the Youth Employment Agency (YEA).

According to Deputy Lands and Natural Resources Minister-in-Charge of Forestry, Benito Owusu Bio, two months of arrears have been paid.

“Within the last two weeks, two months of their arrears have been paid to them. It isn’t that they were paid because of the picketing. It is a process and that process was ongoing at the time they were picketing. By then, the money had already been released to the various banks for them to withdraw through their e-zwich numbers,” he told Citi News.

Mr Owusu also added that the monies delayed because of the number of days it takes after the Controller issues the monies.

“Normally, when the Controller releases the monies, after the auditing and vetting of the beneficiaries by the Forestry Commission, it will take about 4 to 5 days for that to be paid into their various e-zwich accounts,” he said.

On Monday, October 28, 2019, scores of the beneficiaries besieged the Ministry of Finance to demand their unpaid allowances with many of them claiming they had not been paid for close to ten months.

In March this year, a similar protest was held but in June, the Chief Executive Officer of the Forestry Commission, John Owusu Afriyie, assured that salaries owed recruits would be paid by the close of June 2019 but to no avail.

Meanwhile, the Deputy Minister also stated that government is planning on venturing into the cultivation of Rosewood, the endangered species whose exportation has been banned.

“What we intend doing is that there is the need to not only look at the export value of Rosewood but look at how we can grow more Rosewood trees up north."

"Some model plantations have been done by the Forestry Commission and we think it is important that particular attention is paid to the plantation, at least for future generations to come and enjoy.” 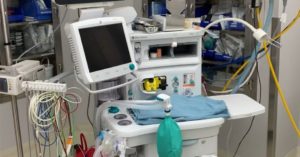