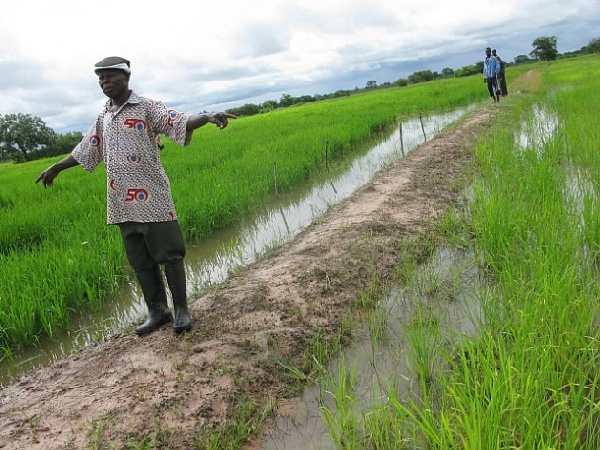 Ghana Web
Some farmers in the Hohoe Municipality of the Volta region have called on government to make farming lucrative to attract the country's youth.

They asked government to provide more incentives, give special recognitions and supports -financial and equipment to farmers to make the venture appealing to young people.

He said though fertilizers needed for cocoa were subsidized, the quantity did not meet targets of farmers, which was affecting yields.

"I have five acres of cocoa farm and every acre needs at least three bags of fertilizer but the maximum bags of subsidized fertilizer I can take is nine which is not enough, so i try to manage for the whole farm and the yield is not very good," he said.

The Chief said the living standards of farmers were not good and urged government to identify hardworking farmers in communities and reward them financially especially during off seasons to lure the youth.

Madam Grace Kafe, another farmer, said the quantity of fertilizers given was too small and must be increased for more yield.

She also called for fertilizers for other crops aside cocoa, so that they could be engaged during cocoa off-seasons.

Master Samuel Akwasi-Kotah, a Facilitator of MASO, a group of young farmers with membership of about 640 in the Likpe Traditional Area, said the rate at which young people were travelling to the cities for non-existing greener pastures was worrying and asked them to go into farming to enhance their lots.

He called for government’s intervention for the youth in the agricultural sector especially teenagers through the designing of special packages and rewards for the young farmers.

The Next Generation Cocoa Youth Program, MASO, is a five year programme, focused on creating employment opportunities for the youth (aged 18-25) in Ghana’s cocoa communities. It is implemented by six consortium members made up of Solidaridad, Aflatoun, Ashesi University, Fidelity Bank, Opportunity International and the Ghana Cocoa Board.

MASO is part of the Youth Forward initiative which is a partnership led by The MasterCard Foundation, Overseas Development Institute, Global Communities, Solidaridad, NCBACLUSA and GOAL.

Its focus is to link young people to quality employment or to start their own businesses in the agriculture and construction sectors in Ghana and Uganda.

Mr. Andrews Teddy Ofori, Hohoe Municipal Chief Executive (MCE) told GNA that 2,601 farmers made up of 1,851 males and 750 females in the Hohoe Municipality benefitted under Planting for Food and Jobs with subsidized inputs such as seeds and fertilizer.

He said a total of 20,000 coffee and cocoa seedlings had also been distributed to farmers under the Planting for Export and Rural Development while 20 livestock farmers had been supplied with 50 improved pig breeds.

The Municipal Chief Executive also said the Assembly had started supply of piglets to livestock farmers as well as feeds for pigs, pig sty and goat pens, adding that free insecticides had been distributed to 1,678 farmers as a support to control fall army worms.