2020 budget to be amended to include roads in Volta Region 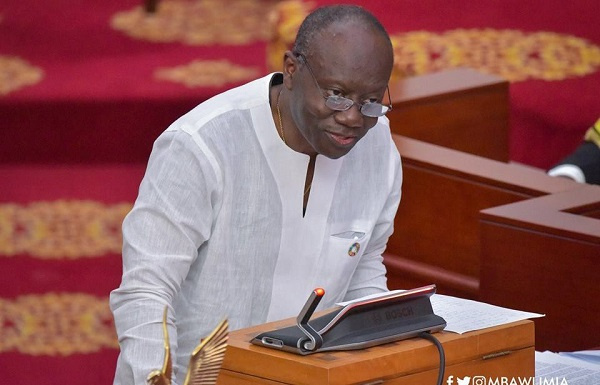 2020 budget to be amended to include roads in Volta Region

Ghana Web
The Minister of Finance, Ken Ofori-Atta, has said the 2020 Budget statement presented to Parliament last Wednesday will be amended.

According to the Finance Minister, his attention was drawn to the omission by the Volta Regional Minister and Energy Minister, John Peter Amewu.

“On Wednesday, 13th November 2019, I presented the 2020 Budget Statement and Economic Policy of the government of Ghana on behalf of the President of the Republic of Ghana. Following my presentation to this August house, the honourable Volta Regional Minister and the honourable Minister for Energy drew my attention to an omission of the Volta Region from the list of critical roads listed in Table 21 of the budget statement. My checks confirm, Mr. Speaker, the inadvertent omission of Volta Region.

Mr. Ofori Atta, however, failed to apologize for the omission.

‘Omission was a mistake’

Following concerns over the absence of road projects for the region in the 2020 budget, Senior Minister, Yaw Osafo Maafo on the Citi Breakfast Show on Thursday said there was a mistake in the document.

“It was obviously a mistake,” the Minister explained noting that he was also taken aback by the omission.

“When I also saw it, I asked myself, how could it be because there were 15 regions instead of 16 and I asked him [the sector minister] and he said we have a whole list for the Volta Region,” he said.

A Deputy Finance Minister, Charles Adu Boahen on Wednesday also said he was surprised about the omission of the Volta Region in the distribution of the road projects in the 2020 budget.

The Volta caucus has since the omission called on the government to apologize to the chiefs and residents of the Volta Region to apologize.

According to Ranking Member on the Roads and Transport Committee, Governs Kwame Agbodza, it is unconstitutional for the region to be discriminated against in terms of development.

Addressing the press in Parliament, Mr. Kwame Agbodza who described the Finance Minister’s omission of the Volta Regional roads in the 2020 budget as a “cardinal sin” queried why the Finance Ministry has failed to, up till now, rectify the mistake.

“We condemn this unconstitutional conduct of Government and demand that within 48 hours the Chiefs and indigenes should apologise to and the region should be considered for its fair share of project.”

The Finance Minister in delivering the 2020 budget statement stressed a focus on fixing roads across the country in 2020 and beyond.

“To get the road sector moving and contractors back to work, government will pay 80% of all contractors,” the Finance Minister said,

The government has also identified what it described as “critical roads” across each of the 16 regions in the country. Read Full Story
Advertise Here contact ads[@]ghheadlines.com
Related Items news
news

Be proactive in tackling food scarcity – ADI to government