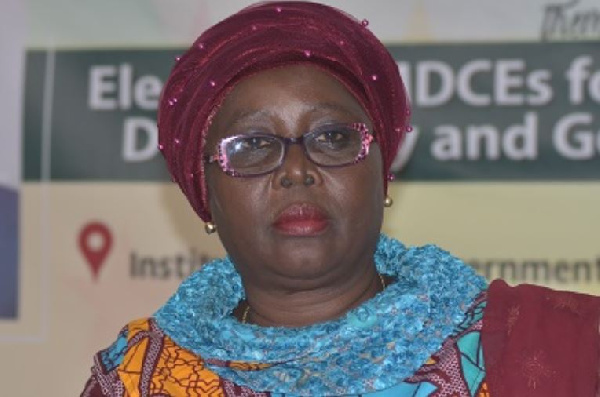 Ghana Web
The Minister of Local Government and Rural Development, Alima Mahama, has accused the Minority Caucus in Parliament of stabbing the government in the back with regards to the referendum on December 17.

According to her, a consensus had been built with the Minority on political participation in local governance only for them to chicken out at the last minute.

The Minister said this on the floor of Parliament yesterday when contributing to the Finance Minister’s Budget Statement and Financial Policy for 2020 which focused on the Local Government Ministry.

Madam Mahama said, the Majority and Minority on July 29 this year, agreed that political participation was the way to go.

However, the statement by the Minister brought the Minority Leader, Haruna Iddrisu on its feet to deny the assertion of consensus building on the subject.

He said what both parties agreed on, was the provision which mandated Parliament to amend Article 243(1)and others but not the entrenched Article 55(3).

Mr Iddrisu argued that the entrenched Article has not been brought before the House for the Minority to make any informed decision and an input.

This statement also brought the Majority Leader on his feet who argued that on May 28, 2019, when the motion was laid before Parliament, it was good as being laid before the House.

The second Deputy Speaker, Alban Sumana Kingsford Bagbin, in his ruling on the matter disagreed with the Majority Leader.

Reading from Parliamentary process, he said the fact that the matter was referred to the Speaker who then referred it to the Council of State for advice did not mean that the issue was before the House.

Having cleared the misunderstanding, Mad. Mahama then appealed to the Minority to support the ”Yes” vote to which there was an emphatic ”No”from the Minority Side.

The Electoral Commission (EC) has scheduled December 17, 2019 for Ghana to vote in a referendum as to whether or not political parties should participate in District Assembly and unit committee members’ elections. Read Full Story
Advertise Here contact ads[@]ghheadlines.com
Related Items news
news 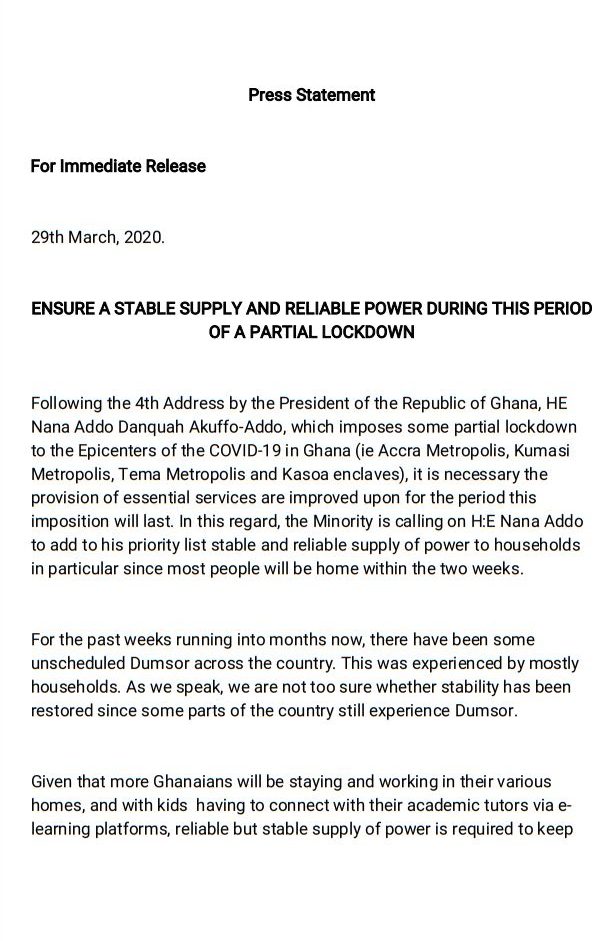 Power supply must be prioritised during lockdown – Minority

Minority oppose use of Heritage Fund for COVID-19 fight