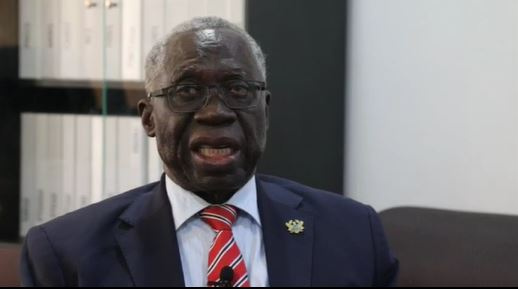 Ghana Web
Senior Minister, Yaw Osafo Maafo, has embarked a face-saving measure to rescue his image and that of the government over the problematic US$1 million Kroll Associate contract, which has been described as “fraudulent”.

He intends, using the courts with friendly and politically-minded judges to have the US$1 million surcharge against by the Auditor General, Daniel Yaw Domelevo, him removed despite overwhelming paper works confirming he had breached the procurement rules and snubbed a Parliamentary ratification of the contract with foreign company based in the UK.

A statement from Yaw Osafo Maafo on Wednesday, said he has instructed his lawyers “to commence legal process to challenge a disallowance and surcharge imposed…by the Auditor General…” insisting that Mr Domelevo erred “in law and professional procedures in the exercise of his powers…”

Interestingly, Kroll Associate started work in February 2017 on the instructions of Mr Osafo Maafo and Ministry of Finance, started paying them in March 2017, when there was no valid contract.

Until 26th September 2017, Mr. Osafo Maafo, had not signed a formal with Kroll. The contract was backdated to run effective from February 2017.

Although, Kroll is a UK company, the contract signed by Mr. Osafo Maafo, on behalf of the government of Ghana, had no parliamentary approval in compliance with the strictures of article 181(5) of the 1992 Constitution.

It is instructive to note that, the contract was sole sourced without any approval from the Public Procurement Authority (PPA) according to documents signed by the then PPA boss, Agyeinim Boateng Adjei, on the contract.

The Kroll Associate was trace the assets and monies supposedly stolen by former Ghana Cocoa Board boss Dr. Stephen Opuni, ex-Finance Minister and owner of Unibank Dr. Kwabena Duffuor and his son, but nothing was found.
By September 2018, $1 million, the equivalent of ¢4.86 million was made to the company, as full payment for its services.

But the Auditor-General, has challenged the arrangement. He explained that by Ghana’s 1992 Constitution, the contract required parliamentary approval, because it involved a foreign company.

Mr Domelevo, surcharged Mr Osafo Maafo for supervising the payment of $1 million to private firm Kroll & Associates for “no work done”, according to the 2018 Auditor-General’s report.

Mr Domelevo said Yaw Osafo Maafo’s reply to his queries over the contract with Kroll Associates to provide consultancy services was unsatisfactory.
His demand for proof of work done by Kroll Associates has also not been satisfied, he said. “We want evidence of work being done” not “assurances”, the Auditor-General told Joy FM.

The ‘approval’ also came two months after the contract had already been signed, he said. The Auditor-General explained, the contract was signed on September 26, 2017, but the purported approval came on November 14 2017.
“So there are a whole lot of questions,” he said, however, Mr Osafo Maafo, is now headed to the court to challenge the surcharge.

Governance expert Prof. Agyeman Duah has, however, expressed worry over the decision of the senior minister Yaw Osafo Maafo to pursue a legal action against the auditor general for surcharging him in the $1 million kroll contract.

According to him, the court suit could undermine the office of the auditor general in the fight against graft in the country.

“My concern is whether the court action will not undermine the office of the auditor general. We should be careful not to cripple this institution. In my entire life in this country this is the first time I have seen an auditor general become an activist against corruption and not just looking at the figures.

“I’m concerned for anyone to go that route, we should be careful not to do things that will destroy the credibility of the Auditor general. If senior state officials begin to challenge the auditor general’s report in this manner, it is worrying. I don’t think this is necessary. We should find other ways to do these things,” he told Francis Abban on the Morning Starr

Meanwhile, the Danish Ambassador to Ghana, Tove Degnbol, has expressed worry about the attacks on the reputation of the country’s Auditor-General and Special Prosecutor Martin Amidu.

Speaking at the inaugural Ghana Integrity Awards ceremony organised by the Ghana Integrity Initiative (GII) on Monday, 9 December 2019, Mrs Degnbol said: “It is particularly sad to see that certain public institutions are doing their utmost to put hindrances in the way for integrity institutions such as the Auditor-General’s Office and the Office of the Special Prosecutor on anti-corruption”.

“As we are approaching an election-year, the attacks against integrity institutions and individuals contributing to fight corruption seem to be on the increase. This is noted with a lot of concern by many in the international community.

“The Auditor-General has said you cannot fight corruption without corruption, fighting you. This is sad. But apparently true in Ghana, where constant attempts to challenge mandate and personal integrity and systematic hindrances of efforts to fight corruption seems to be the prize to pay for those brave enough to take up the fight,” she added.

She urged Ghanaians to make “corruption a high-risk enterprise as the Special Prosecutor Martin Amidu, has called for”.

Recently, there have been a back-and-forth between Mr Domelevo on the one hand and the Office of the Senior Minister, Mr Yaw Osafo Maafo, as well as the Economic and Organised Crime Office (EOCO) on the other hand.

Just around the same time that Mr Domelevo was having his duel with the Senior Minister, EOCO launched a full-scale investigation into alleged procurement breaches against him vis-à-vis the purchase of some vehicles for the Audit Service.

An unknown private citizen lodged a complaint with the state investigative body against the Auditor-General, the Deputy Auditor-General (Finance and Administration), Roberta Assiamah-Appiah, and the Audit Service Board, accusing them of circumventing the procurement laws.

Mr Domelevo, however, denied all the allegations and described the petition as a “storm in a teacup.”

In a letter to EOCO dated 18 November 2019, Mr Domelevo said: “You would recall that for close to four weeks now, your office has been inviting officers from the Ghana Audit Service including myself on the premise of investigating alleged procurement breaches in respect of some vehicles procured by GAS in 2008 for effective conduct and delivery of audit activities.

“I was personally invited by a letter dated 7 November 2019, which invitation I honoured out of respect for your office on 14 November 2019 only to be cautioned by your officers and asked for a caution statement which I gave. I had had to be granted bail – thanks to my driver – before I was allowed to leave your premises.

“A careful reading of your enabling law, the Economic and Organised Crime Act, 2010 (Act 804) as amended by the Office of the Special Prosecutor Act, 2017 (Act 959) and from discussions with my lawyers, I am of the firm belief that your office does not have the mandate to investigate any breaches under the Public Procurement Act.

“In fact, I am advised that the relevant provision in Act 959, which amended Act 804, is section 80, and therein, your office’s mandate to investigate corruption and corruption created offices, which has been defined to include procurement breaches, has been taken away.

“Thus, this power your offices purports to exercise now, has been effectively taken away by the amendment contained in section 79 of Act 959.”
However, in response, EOCO, in its statement, said: “Per section 3 of Act 804, the functions of the Office (EOCO) are to (a) investigate and on the authority of the Attorney General, prosecute serious offences.”

It explained that serious offences are further defined in section 74 of Act 804 extensively and not restricted to corruption-related offences.

According to the statement, Section 79 of the Special Prosecutor Act, Act 959, is limited to corruption-related offences under the category of the serious offence of the EOCO Act.

“It does not oust the jurisdiction of EOCO from investigating other serious offences that are not necessarily of a corruption-related nature,” it added. Read Full Story
Advertise Here contact ads[@]ghheadlines.com
Related Items news
news

Osafo- Maafo In Court Over Surcharge 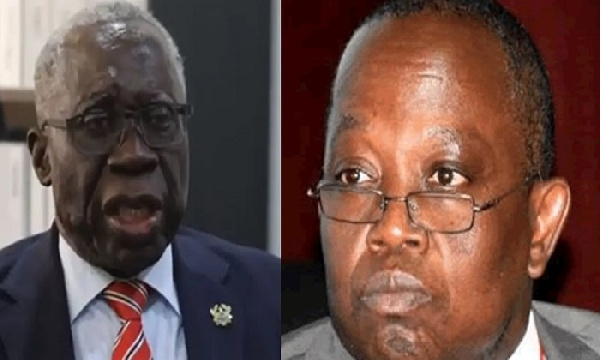 Osafo-Maafo takes on Auditor General in court over $1m surcharge 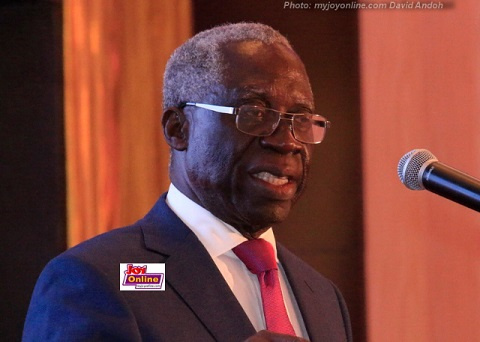 Osafo Maafo, 4 others head to court over Kroll and Associates US$1 million cash 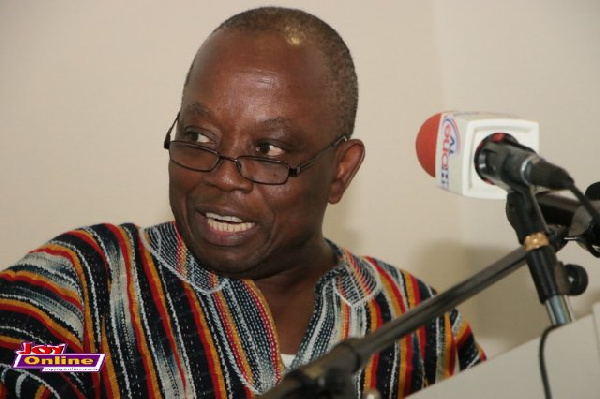