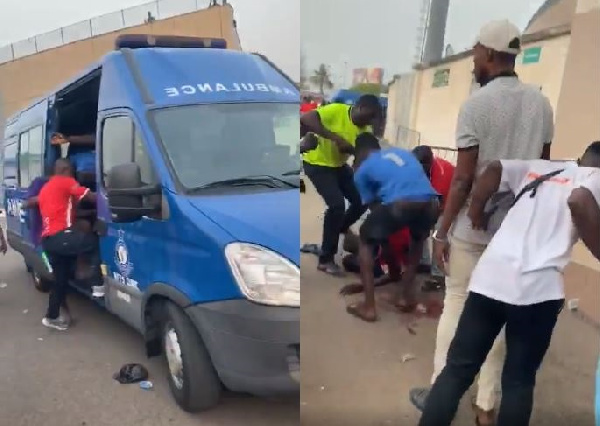 Ghana Web
A football fan is currently battling for his life at the Emergency Ward of the Komfo Anokye Teaching Hospital after being shot in the eye by a Police officer in Kumasi on Sunday.

The yet-to-identified fan who left his home with intentions of going to the Baba Yara Stadium to support his darling club could not return home last night as he became a victim of a stray bullet from a police officer.

The incident which happened in the immediate environs of the Baba Yara Stadium was an escalation of an earlier incident that happened in the match between Kumasi Asante Kotoko and Berekum Chelsea.

Fans of Kotoko were left incensed by a decision by referee Charles Bulu which resulted in defender Empem Dacosta receiving the send-off orders.

In the wisdom of the Kotoko fans, the card should have been given to Kwame Adom who was involved in a tussle with a Berekum Chelsea player.

Following a refusal by the referee to rescind his decision, some of the fans who have been described as hoodlums and hooligans by Jerome Otchere of Kotoko Express took matters into their hands and threw objects onto the pitch bringing the game to a halt.

The match resumed after the referee, Kotoko and security officials restored calm.

However things got out of hand at the end of the match with Kotoko suffering their first defeat of the season to Berekum Chelsea.

A scuffle ensued between the security officials and some fans which led to the shooting of the fan.

Narrating the incident to SportsObama.com, an eye witness accused the police officer of deliberately shooting the fan.

He alleged that the police officer targeted the fan and shot straight into his eyes.

“We were standing there when the police arrived with their armoured car. The moment they arrived, one of the officers pointed his gun at one of the fans and shot him. He did it intentionally and I can swear to that effect. After shooting him in the eye, the police picked him up and sent him to the hospital. I’m not sure he will survive”, said.

the Ghana Football Association has meanwhile condemned the incident and promised to ruthlessly deal with perpetrators of the violence.

The FA has also called on the police to investigate the matter and bring all culprits to book.

A similar call has been made by the supporters’ chief of Kumasi Asante Kotoko. 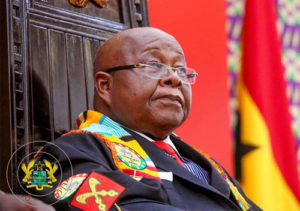 Ghana Parliament rises to an indefinite suspension by Speaker Oquaye