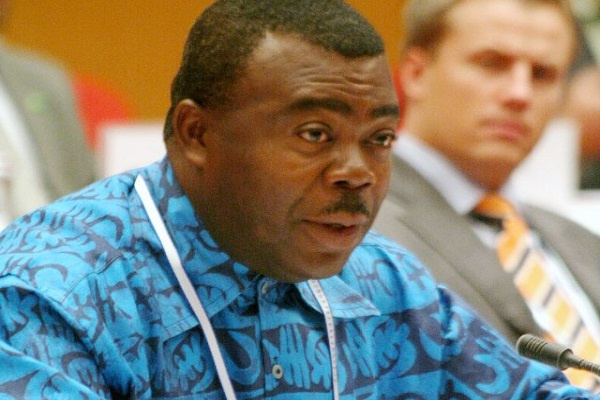 Ghana Web
A stalwart of the governing New Patriotic Party (NPP) has dispelled rumours that the selection of Prof Jana Naana Opoku-Agyemang as the running mate of John Dramani Mahama for the upcoming elections rattled the camp of the NPP.

According to Stephen Asamoah Boateng, known popularly as Asa B, although the record of Prof Opoku-Agyemang was excellent as Vice-Chancellor of the University of Cape Coast, she failed where it mattered most – as Education Minister in John Mahama’s administration between 2008 and 2016.

“She was good at what she did when she was at the University of Cape Coast…but not when she was Minister of Education. She did not perform well. You have heard all the stories about allowances…and training and salaries and all that,” he said.

Asa B made the remarks on PM Express, a current affairs programme on Joy News on Monday, September 21, 2020, in response to a question about his assessment of the ‘John & Jane’ ticket.

The selection of Prof Opoku-Agyemang as the running for the flagbearer of the opposition National Democratic Congress (NDC) has been touted as a masterstroke.

Many political pundits say NDC campaign could not have selected a better running mate because of Prof Opoku-Agyemang’s stellar career and rich achievements in academia and politics.

While acknowledging that Prof Opoku-Agyemang has a sterling track record in the academia, Asa B, who is a former Information Minister, said that is where it ends.

“For me, it is welcome news that they [NDC] have finally got a running mate but it doesn’t put us in any panic mode. Indeed, Vice President Dr [Mahamudu] Bawumia said it: ‘it doesn’t matter who they bring it will not change the incompetence of the leader,’” he said.

The current Director-General of State Interests and Governance Authority (SIGA) also said he finds it surprising that former President John Mahama wants to return as President after losing heavily in 2016.

“I am surprised my friend John Mahama wants to come back and have a second bite. What is it that he could not do in eight years…that he wants to do now?” he quizzed.

Prof Opoku-Agyemang doesn’t add anything to NDC's 2020 campaign because it is John Mahama’s record as a former President that matters, he added.