John Mahama claimed the NCA is scheming to interfere with broadcasting signals and internet connectivity.

In a Facebook live session on Sunday, November 22, 2020, he alleged that his recent interview with Abusua FM in Kumasi, Ashanti Region, were compromised.

To him, the NCA jammed the frequency of the station.

“One of the tragedies of the Akufo-Addo government is the bastardization of state agencies. And the NCA has been an example. In my recent interview with Abusua FM, we had advertised the show, then on the day, the NCA took their frequency off so they had to shift to Ultimate FM.

“I’m also aware of what they did to Joy when they were going to broadcast that investigative piece on the National Lotteries. Joe Anokye is handling the NCA as a political office."

He also accused the NCA of plotting to shut down the internet on the election day.

''I think on the election day they can shut down the internet or any of the things dictators do. I hope we win and stop all that," he said.

He asked; ''how come the NCA didn't jam the frequency of Ultimate FM if indeed they interfered with his (Mahama) interview with Abusua FM?''

He admonished Mr. Mahama to stop throwing dust into the eyes of Ghanaians.

''We must stop those things. Let's tell Ghanaians the truth. If indeed you have Ghanaians at heart, you won't be afraid of telling the truth'', he stated.

The National Communications Authority has debunked the allegations by John Mahama.

According to the Authority, it doesn't “have the capability to block, jam, or interfere with broadcasting signals”.

It further educated Mr. Mahama on the mandate of the NCA saying “as a telecommunications and broadcasting regulator, and in line with global best practice, the NCA has frequency spectrum monitoring equipment whose ability is limited to receiving signals and detecting their source, but not to jam them''.

“Where necessary, Section 13 of ECA, 2008, Act 775 provides the basis and procedure for shutting down a radio communication service provider. The NCA serves notices and subsequently physically closes the facilities down and then monitors thereafter for compliance.

“The NCA does not interfere in the work of its broadcasting and Internet Service Licensees. On the contrary, the NCA assists them to promptly resolve cases of interference when they arise.”

The Authority, however, urged media houses experiencing inconveniences in their transmissions to report for immediate assistance.

“Licensees are therefore advised to report outages or cases of interference to the NCA for prompt investigation and resolution, and not misinform their audiences and clients.” 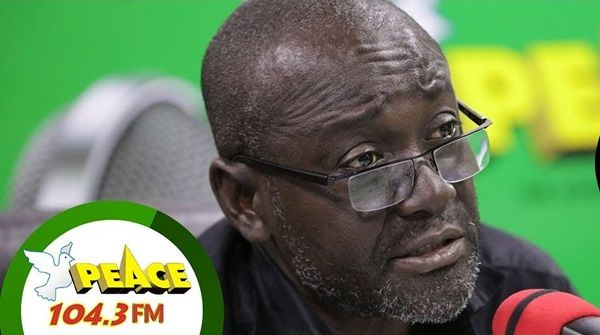 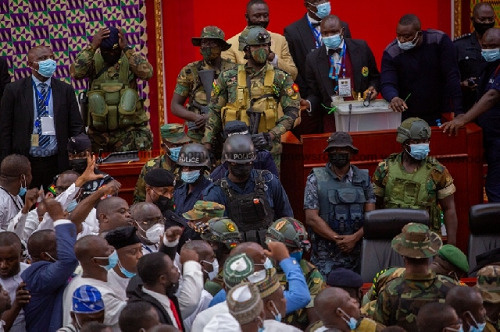 Apologise to Ghanaians over chaotic proceedings - NCCE to Parliament