Ghana Web
Martin Amidu, Ghana's former Special Prosecutor has rubbished the incorruptible tag President Nana Akufo-Addo and his praise singers have been flaunting all these years.

During the 2016 election campaign, Candidate Nana Addo Dankwa Akufo-Addo was branded as a person who was “incorruptible” both in his private life as a legal practitioner with Akufo-Addo, Prempeh & Co and in government previously, first as the Attorney-General & Minister for Justice and later as Foreign Affairs Minister.

But Martin Amidu said in his 27-page reply released Friday that he was utterly shocked by the letter from the Presidency.

He explained that the content of the President’s letter was intended “to assassinate my character for simply exposing the true nature of the off-shore Jersey incorporated Agyapa Royalties Limited Transactions in my professional anti-corruption assessment report”.

He added that the conduct exhibited by the President following the submission of the findings of the Corruption Risk Assessment conducted on the Agyapa deal has demonstrated that his anti-graft campaign is mere rhetoric.

Amidu further added, “When I told the President on the 23rd of October 2020 and on 1 November 2020 that he had no authority to usurp the functions of the Special Prosecutor, it should have been clear to him that his interpretation had exceeded his authority under article 58(1) of the Constitution.”

The former Special Prosecutor noted that the President under the circumstance made it clear that his role in the Agyapa deal was much more pronounced than earlier perceived by the public.

Based on this observation, Amidu stated: “The unconstitutional assumptions made by the President constitute the very conduct exhibited for the first time to me by the President which convinced me beyond every reasonable doubt that he only looked like the innocent flower but is the mother corruption serpent under the Agyapa Royalties Transactions.”

Amidu continued: “When I met the President on 23rd October 2020, I received the shock of my life when he demanded that I took no further action on the Agyapa Royalties transaction anti-corruption assessment report for another week. That was when it was divinely revealed to me that the President whom I trusted so much for integrity only looked like the innocent flower of anti-corruption but he was really the mother corruption serpent under the innocent-looking flower.”

Amidu also added more: “Anti-corruption Moses, kindly tell Ghanaians your reason for refusing to interdict or order the Municipal Chief Executive for Bawku Municipal Assembly to vacate her office, even on voluntary or compulsory leave like you unconstitutionally did to Mr Daniel Domelevo, the constitutionally appointed Auditor General of Ghana...”

He continued: “My dear former anti-corruption Moses, Mr. President, this is just one example to remind you Mr. President that you should not have unleashed your attack dogs on my integrity as being responsible for the failure of the special prosecutor in the fight against corruption under your presidency.”

Martin Amidu resigned from his position as Special Prosecutor on November 16, three years after he was appointed by President Akufo-Addo, but in his resignation letter, Amidu stated that he received his appointment letter only on 5 February 2020, a reason he was unable to act fully.

Amidu in his 27-page response noted that, "the President on 7 January 2017 took the Presidential oath in which he pledged, inter alia, “...that I will at all times preserve, protect and defend the Constitution of the Republic of Ghana; and that I dedicate myself to the service and well-being of the people of the Republic of Ghana and to do right to all manner of persons[...]” This is why the President’s directives and instructions to you which he knows have the tendency to push me under the bus, by his doing wrong to my person as a citizen of Ghana for performing my professional duties in the United Kingdom, Jersey, incorporated Agyapa Royalties Transactions anti-corruption assessment report reinforces the divine revelation that he took the Presidential oath while looking like the innocent flower of anti-corruption but being the mother serpent of corruption under it."

He continued: "Mr. President, the politically induced witch-hunting audit you ordered into the Office of the Special Prosecutor on Monday 23" November 2020 after you had accepted my resignation from the date I assumed Office in 2018 to the date of your acceptance of my resignation simply because of my professional work on the suspected corruption infested Agyapa Royalties Limited Transaction anti-corruption assessment report will never intimidate me. You may end up rendering at naught the effectiveness of the Office in the performance of its statutory functions and undermine your own acclaimed vision of fighting corruption during your second term in office. Mark my words, Mr. President!

"The President refused to read the law or read it but could not as a judge in his own cause as the mother corruption serpent under the innocent-looking flower appreciate the clear distinction between an impartial President and a President with an interest in his own cause. If the President had allowed his heated blood of anger against me for discovering the mother serpent to cool down and for reason to assume its seat, he would have acted as he had promised the late former President Emeritus Rawlings to trust my professionalism and disown the Agyapa Royalties Limited Transaction by allowing me the independence and freedom to investigate the matters arising therefrom."

Ghana president Nana Akufo-Addo sworn in for a second term 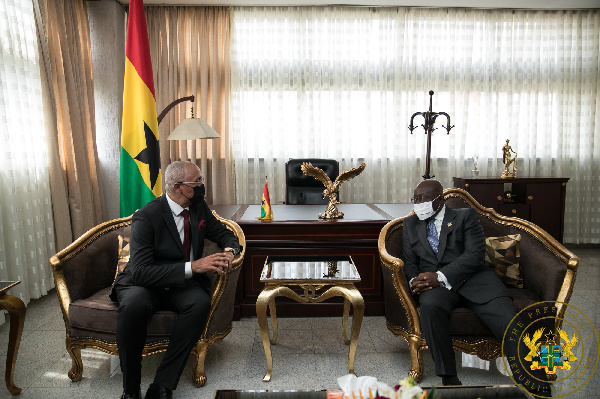 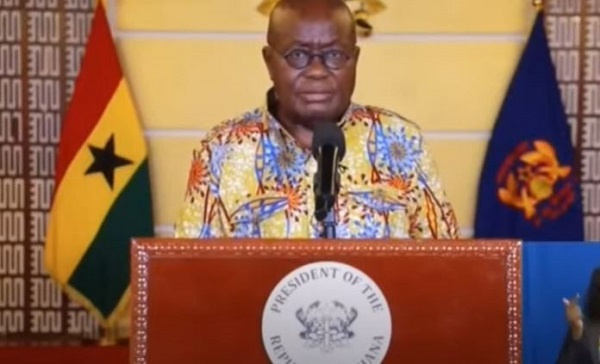 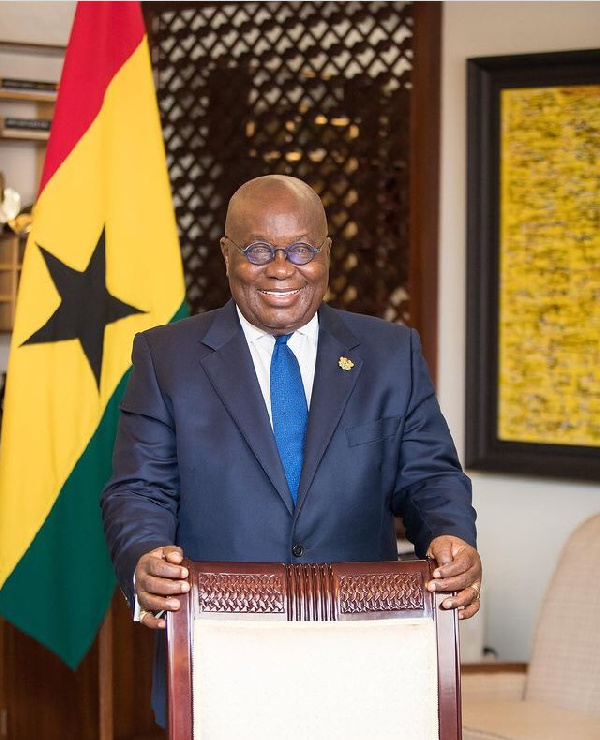 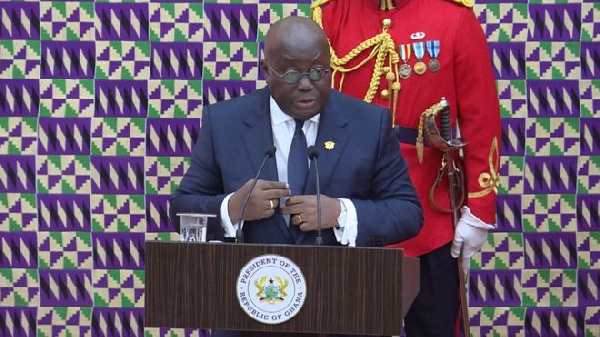 President Akufo-Addo sworn into office for a second term