Ghana Web
There appears to be confusion over the date for the funeral and burial of late President Jerry John Rawlings.

So far, three of the groups concerned with planning the funeral for Ghana’s longest-serving head of state appears to have divergent views on the date suitable for the burial of the late President Jerry John Rawlings.

While the Funeral Planning Committee set up by the government has found a date for Rawlings’s burial, the Agbotui family which he belonged to and the Anlo Traditional Council are at a lost over arrangements for his funeral and burial.

The Funeral Planning Committee which has James Victor Gbeho as its head announced on Monday that December 23, 2020, has been identified as the date for the burial of the late President Jerry John Rawlings.

“The family of His Excellency Jerry John Rawlings has, in consultation with the government, agreed that the date for the State funeral of the former President is confirmed for Wednesday, 23 December 2020 at the Independence Square in Accra.”

“The family is working in conjunction with the government on the finer details of the funeral ceremony and will communicate the arrangements in due course,” the statement said.

Less than twenty-four hours after this statement was issued, the Anlo Traditional Council sent out a statement declaring their ignorance about the organization of the burial.

The Council said that the date announced by the planning committee was at variance with the customs and traditions of the Anlo people.

“The Anlo Traditional Council wishes to express in its strongest possible terms its total outrage for the disrespect shown to the culture and traditions, mores and usages of our practices in the release of the so-called statement.”

“Our anger stems from the fact that President JJ Rawlings was not only a former Head of State and President of the Republic of Ghana, he was also a properly installed Chief of Anlo land whose unfortunate demise must be dealt with in accordance with customs and traditions of Anlo.”

On Wednesday, December 2, the Agbotui family which late President Jerry John Rawlings belonged to also issued a statement, urging Ghanaians to ignore the date put out by the planning committee.

The family said no consultation or agreement has been reached on a date for the burial of the NDC founder.

“We wish to inform the general public that no such consultation has taken place, and as such, the former press release confirming the date of his funeral should be disregarded. The chiefs and people of Anlo State, inclusive of all the Agbotui and Allied Families are yet to come to a set date for the process of the final funeral rites of the late President Jerry John Rawlings.”

“Former President Jerry John Rawlings served this nation for nineteen good years with much dedication, self-sacrifice, and by the grace of God brought into being the Fourth Republic which has earned Ghana an enviable global recognition. We must be careful to protect this legacy and also preserve the uniqueness of our different cultures and traditions that make this nation great and strong,” the Agbotui family stated. 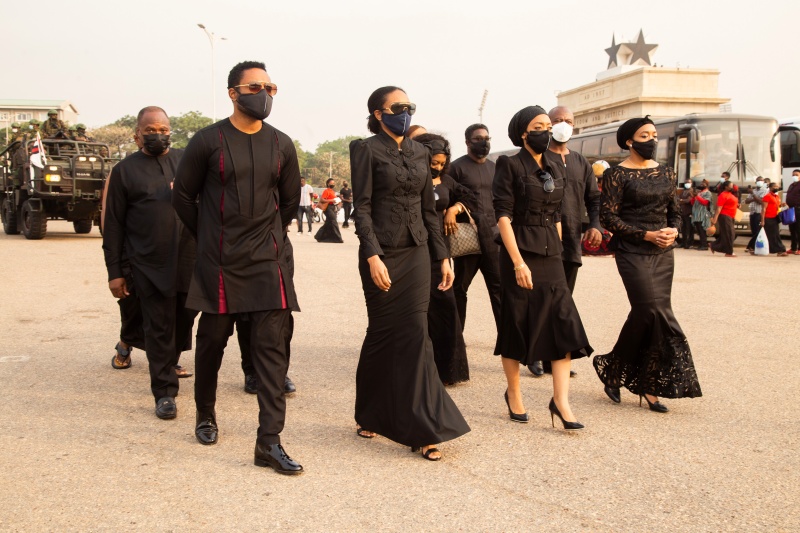 Jerry John Rawlings to be buried at Military Cemetery 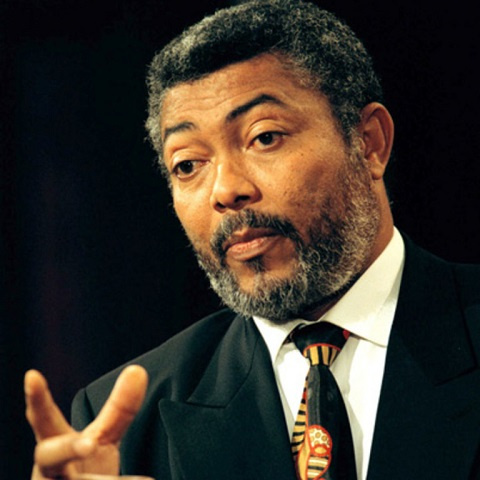 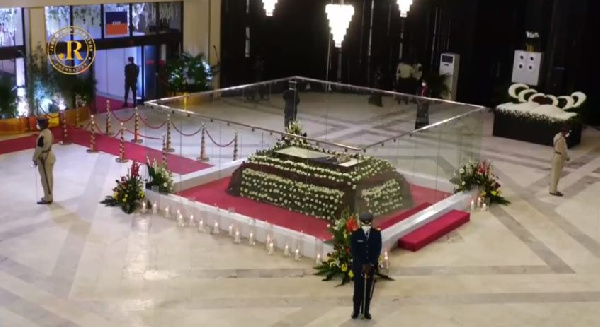