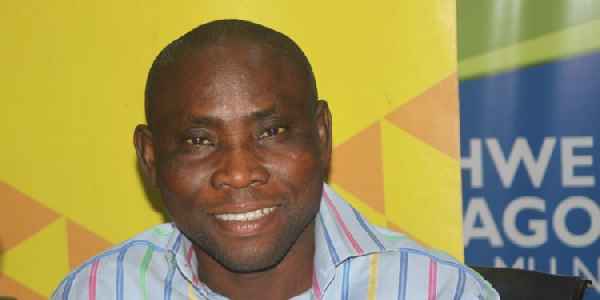 Ghana Web
Former Asante Kotoko Board member and a New Patriotic Party (NPP) faithful, Alhaji Ahmed Bandoh (Bahmed) has appealed passionately to president Akufo-Addo to as a matter of urgency reshuffle some of his Ministers and appointees.

To the former Asante Kotoko board member, complacency has taken the better part of some of the Ministers, Municipal Chief Executives, CEOs and other officials, and that has had a telling effect on the party, using the December General Election as a case study.

He said a massive reshuffle by the president has the huge potential of repositioning the party for better gains, otherwise, it will create internal unrest which could affect the party negatively.

He said in an interview, “I speak as a final year student of GIMPA Law School, the recent election had a lot of negative effect on the party; NPP of which I am a member.

“We were all expecting the president to effect some changes in Cabinet in his first term in office but it never happened and this had a great effect on the December 7 polls.

“People projected over a million votes difference against NDC, but eventually it never happened. The defeat of most of the NPP MP’s could be linked to the president’s failure to reshuffle; especially the non-performing MP’s.”

He added “From Aflao to Elubo, NDC won almost all the seats, meaning the MP’s and the Ministers were not performing. If this continues, we will have an internal revolution in the party. So I am using this platform to appeal to the president to reshuffle his men who didn’t perform. About 90% of the Ministers didn’t perform, If this continues, I am afraid the party will have it tough in 2024.

“I have been with this party since 1987, together with late Jake Obestebi Lamptey, President Kuffour, Samuel Odoi-Sykes even Nana Addo himself, Nii Ayittey Boafo. Ayittey Boafo, who started with the party in 1985 has not been given the chance to serve the party.

“The president should really do a real house cleansing and we must all come on board to re-strategise and plan strategically to move the country forward.” Nana Akufo-Addo was yesterday, January 7 sworn in to begin his second term of office after winning the December 2020 polls.