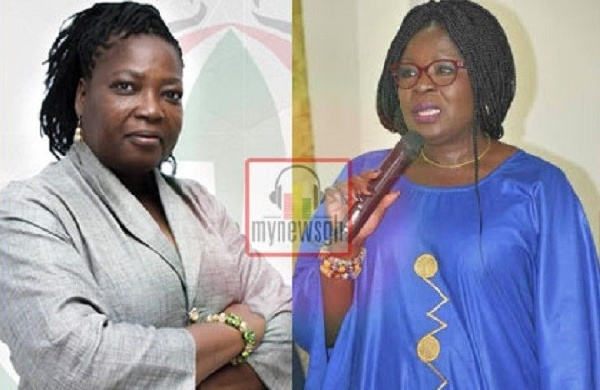 Speaking in an interview on Bolgatanga based-Dreamz FM, Madam Abayage said her ability to win the parliamentary primaries of the New Patriotic Party (NPP) at her first attempt puts her miles ahead of Dr. Yakong hence, it was unreasonable for Dr. Yakong to try ridiculing her when she lost in the December 7 polls.

For her, until Dr. Yakong who is a lecturer at the University for Development Studies (UDS) manages to succeed in her ambition to become a parliamentary candidate, she is not in any position to throw shades at her for failing to win in a general election.

Madam Abayage believes the NDC’s failed parliamentary aspirant rather than throwing jabs at her under the guise of advice should have taken lessons from her on how to win party’s primaries since she beat a political colossus like Joseph Kofi Adda in the NPP’s primaries.

“I won primaries over no other person but they call him the political guru. In the NPP Kofi Adda is one of the supremos in the region and people thought nobody could defeat him but I defeated and then you, Vida come to tell me that I should stop slaying and that a calf should not laugh at a hornless cow.

"You are not hornless cow. You’re a calf. You contested primaries and you lost. I contested and won. If there is any hornless cow, I should be the hornless cow because I have crossed the stage of being a calf. Until you go to primaries and win, you can’t compare yourself to me. If (we were in school), at least I should be in JHS 1, she is still in class 1,” she stated.

The two prominent female politicians have been at each other’s neck for some time now. It all started in 2019 when madam Abayage criticized the lecturer for attacking the Akufo-Addo’s administration instead of focusing on prosecuting her campaign to become the NDC’s parliamentary candidate for the Nabdam Constituency.

The regional Minister had contended that Dr. Yakong exhibited political immaturity during the primaries and that culminated into her defeat.

The UDS’s lecturer, however, did not immediately respond until when the minister also lost in the parliamentary election in the Navrongo Central Constituency. She took a swipe at Madam Abayage accusing her of inducing delegates with monies to win the primaries and being irresponsible and indecent as a leader.

Immediately, the minister hit back at her stating that she is not the right person to shade her for losing an election since she failed twice to win party’s primaries against a “political midget”.

The seeming enmity between the two has raised concerns among section of the public as some say their verbal attacks in the public space sets a bad example for most of the youth especially the females who look up to them.

But Madam Abayage debunked the assertion stating that there is no enmity between them. Read Full Story
Advertise Here contact ads[@]ghheadlines.com
Related Items news
news