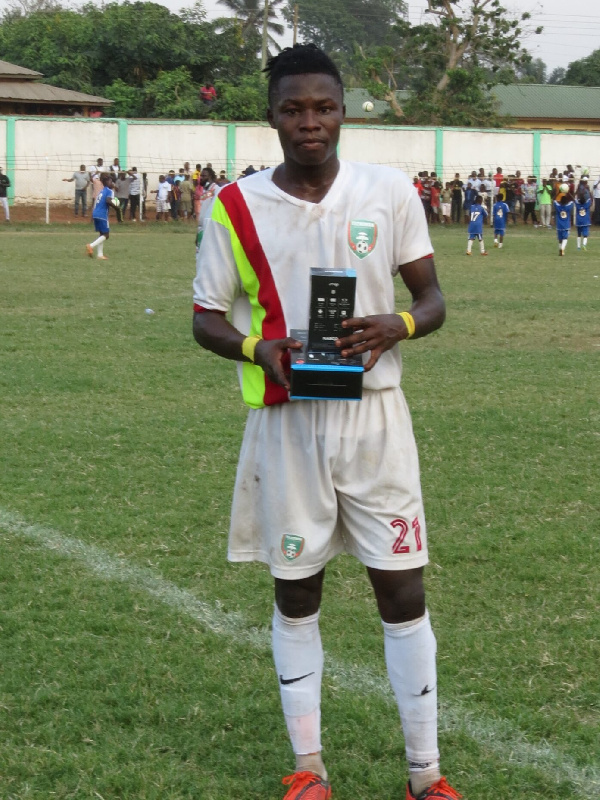 The Wonders make the 370.4 km trip from the Bono East capital of Techiman to the national capital – Accra to take on Kosta Papic’s Hearts of Oak side in a matchday 9 clash.

Salifu, 20, has won 5 Most Valuable Player of the Match award in the ongoing Ghana Premier League campaign.

Hearts have a decent 3-game run of 2 wins and a draw, scoring 9 goals and conceding 3 and sit in 6th berth while Wonders are 11th with 10 points from 8 games.

Despite Hearts’ recent superior form in the Ghanaian top-flight Ibrahim Salifu has insisted Hearts of Oak are only dwelling on their past success and do not have a strong team.

“We are not afraid of Hearts of Oak though they defeated Bechem United by 6 goals to 1,but every team has its own game plan. This is my first time playing against Hearts of Oak and I’m eager to play against them. Hearts of Oak is a big club. I respect them a lot but I’m not scared,” he told Kumasi-based Fox FM.

Hearts held Wonders to a 1-1 drawn game in their only game in the Ghanaian top-flight in March 2018.