;
news
Home » Ghana Web » Sun 09th May, 2021 » Our government did far better than what Akufo-Addo has done - Felix Kwakye Ofosu

Ghana Web
Felix Kwakye Ofosu, a former deputy minister of Information under the John Dramani Mahama administration, has boasted of what he describes as a far better time than what is presently the case in Ghana.

Responding to comments by the Vice President of think tank, Imani Africa, Kofi Bentil, on his reflections of the Occupy Flagstaff House demonstration he and some notable persons led in 2014 over the hardships in the country at the time, Felix Kwakye Ofosu stated that the available facts show that the times now are worse off.

He further explained that even during the John Mahama era, after the Occupy Flagstaff demonstration, their government showed concern by responding promptly and in time to them.

He therefore shot down the claims by Kofi Bentil that prior to the Occupy Flagstaff demonstration, there was no end in sight to the country's problems and for which reason they hit the streets.

“It is obvious from the footage that you showed, this #FixTheCountry, that campaign had significant political infusion because we had significant NPP figures, who later on came into government and have superintended the disaster that we face today as a country.

“In this #FixTheCountry campaign, they have been attempts to ward of political involvement and those who have dared approach them have had eggs on their faces. So, it is purely organic and it is led by the youth on social media, in ways that we did not see in 2014. Now, I also violently disagree with some of the claims that Kofi has made. The claim that at the time they were going on that demonstration, there was no end in sight cannot be true on the basis of fact.

“Two days after this demonstration, I, on behalf of government, held a press conference at which I catalogued sector by sector, what we were doing in response to the demands that they were making. And I can tell you that on many of those metrics, the government that I worked for, did far far better than what Nan Akufo-Addo in the last five years. So the claim that there was no end in sight cannot be true,” he boasted. 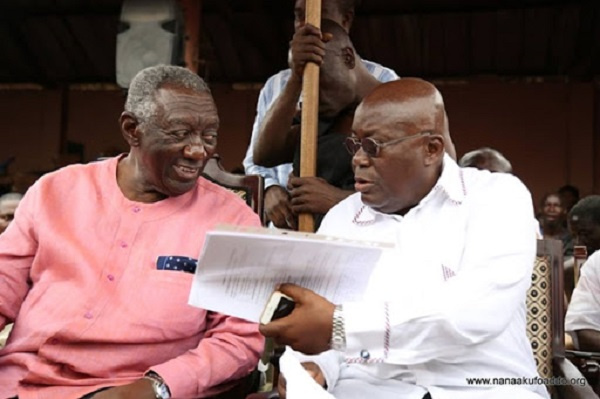 Kuffuor did better than you, even that NPP lost in 2008 – Felix to Akufo-Addo on NPP winning 2024