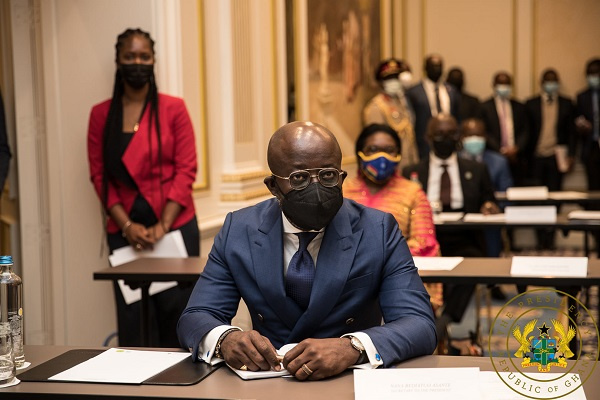 Ghana Web
The Executive Secretary to the President, Nana Asante Bediatuo, has dismissed the content of an audio recording being circulated on WhatsApp that he is leading the sale of Ghana’s art centre.

According to the audio, which was in a woman’s voice, a meeting was held between some chiefs and elders and Mr Bediatuo and the senior government official stated that the arts centre was going for GH¢500 million.

“I wish to put on record that I have never met this unnamed, unidentified woman or the elders and the chiefs she claims she brought to meet with me.”

Enough details of the said meeting were not disclosed in the audio.
“She does not state the date of the meeting, the place where the meeting took place and the names of the elders and chiefs who accompanied her to the alleged meeting".

“That is because the so-called meeting never took place, or at least, not with me,” the Executive Secretary of the President insisted in a statement issued on Wednesday, May 26.

“In any event, the allegation that my conduct at the alleged meeting was disrespectful to the chiefs is preposterous. Anyone who knows me, knows how much reverence I accord to traditional authorities and their protocols.”

Nana Asante Bediatuo emphasised that he has not had any conversation with anyone about the sale of the art centre.

“Indeed, I have no authority to engage in such conversations as such matters must follow the laid down government processes as well as the processes spelt out in law.”

He stressed: “I am not aware that the art centre has been sold or that there are any plans to sell it.”

He has, therefore, entreated all to disregard the audio and treat it with the contempt that it deserves.

“Ordinarily, I will not dignify such baseless allegations with a response to give it oxygen in the media space. However, the false allegations in the manner presented can be believed by some people.” Read Full Story
Advertise Here contact ads[@]ghheadlines.com
Related Items news
news

I have no authority to sell Arts Centre - Nana Bediatuo Asante 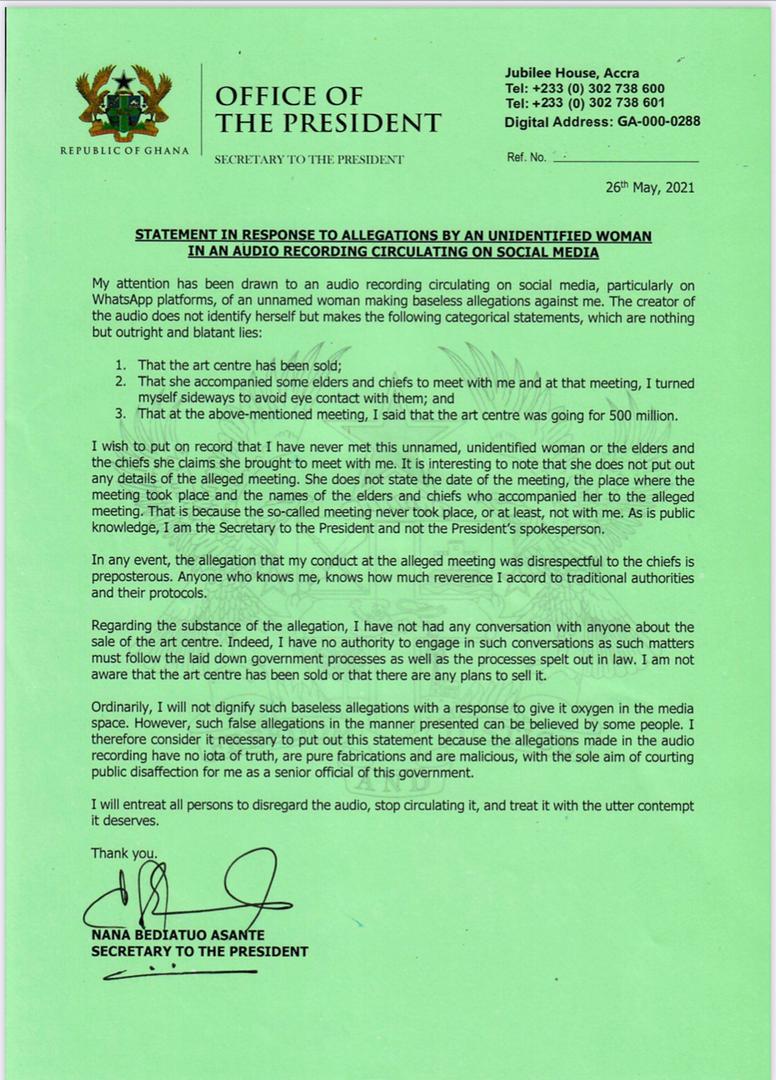 Tokyo Olympics: Namibian athlete says 'You can't tell me now I am not a woman'