Naa Dromo Korankye-Ankrah, the daughter of Ghanaian preacher, Rev. Sam Korankye-Ankrah, is expected to report to the Ghana Revenue Authority (GRA) office today at 10:00am as part of a compliance program.

This comes after Naa Dromo was reported to have received a US$1 million gift from a group of young professionals at her elaborate wedding ceremony held on July 10, 2021, at the Royal House Chapel Church.

The move has since resulted in checks by the body mandated to ensure maximum compliance with all relevant tax laws, which have revealed that a business she owns has never filed personal income tax to the GRA.

“This is to notify you that you have been selected to benefit from the special compliance assistance program of the Ghana Revenue Authority to help you make accurate disclosures of your income to the Commissioner-General of GRA and avoid the imposition [of] penalties, interest and other sanctions.”

“Information available to the GRA indicates you have received an amount of one million dollars (US$1 million) as a gift from friends,” the letter read.

The GRA said checks conducted showed that Naa Dromo's business is registered as an enterprise under the name NDKA star.

“Our records also show that you have never filed personal income tax income to the GRA and that you have two taxpayer-identification numbers (TIN) as follows P0010667288 and P0022407596," the GRA pointed.

To clarify the invitation sent to Naa Dromo, the Authority explained it forms part of a compliance program to assist individuals to comply with their tax obligations.

Meanwhile, her father Rev. Sam Korankye Ankrah has said the US$1 million given to his daughter during her elaborate wedding ceremony was not real but rather a “faith cheque.”

US$1 million gift: Pastor's daughter expected to report for compliance program at GRA 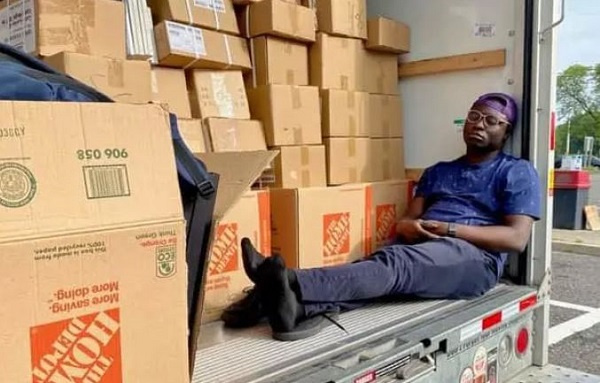 Sam George, others ready to gift Paul Ninson land for his US$1 million 'Dikan' photo library