The Phobians have been on the heels of the sensational midfielder to beef their side ahead of their participation in the CAF Champions League.

Media reports had earlier suggested the Phobians had opened verbal talks with the Dade Boys over a possible transfer for Awako.

But the league winners, on Thursday, tabled an official request for the signature of the former TP Mazembe midfielder.

In a letter dated August 5, 2021, and signed by the Chief Administrative Officer of the club Okoe Djanie, the Phobians have called on Great Olympics to respond to them for negotiations to start for the possible transfer of Awako.

“We wish to express our interest in the aforementioned player [Gladson Awako] and also ask for his availability for transfer,” part of the letter from Hearts of Oak read.

Hearts of Oak after emerging as Champions of the 2020/2021 Ghana Premier League season are set to play in the CAF Champions League next season.

The Phobians are chasing the signatures of other players on the local front to strengthen their side for the continental assignment.

Below is the letter from Hearts to Olympics: 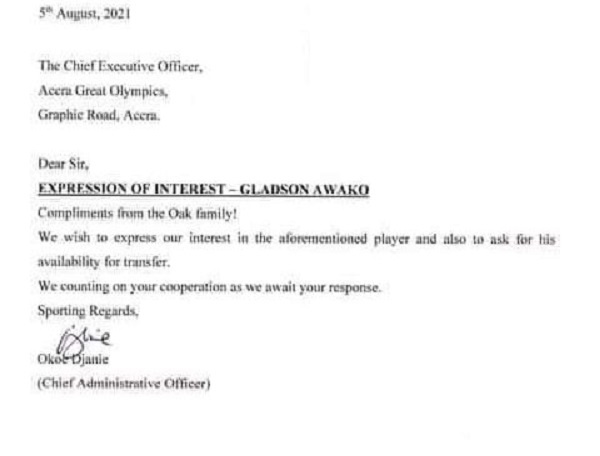 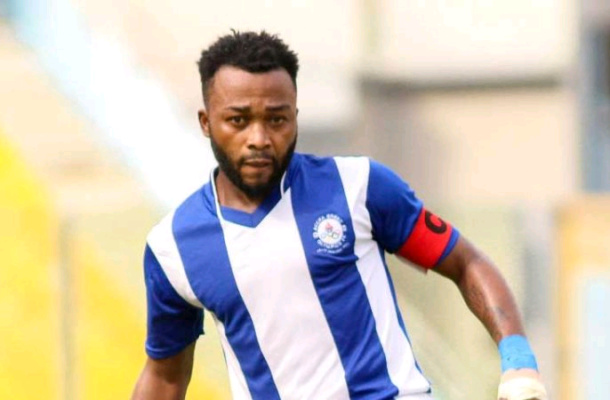 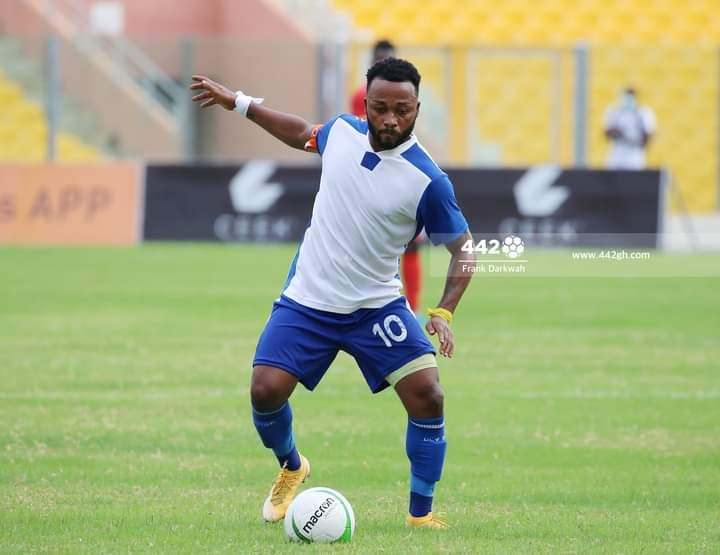