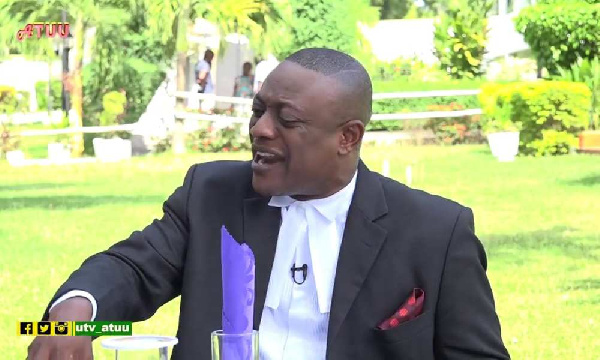 He says it is against the teachings of the bible

He has called for attitudinal change among Ghanaians

Private legal practitioner Maurice Ampaw has chided the General Overseer of the Royalhouse Chapel, Reverend Sam Korankye Ankrah for putting up a show during the marriage ceremony of his daughter.

The ceremony gained media prominence after it emerged that a gift of $1million was presented to the daughter on the day of the wedding.

It turned out later that there was no such gift as Reverend Korankye Ankrah in a response to a request by the Ghana Revenue Authority disclosed that the much-publicized cheque was a fake cheque and not a real one.

Touching on the issue in an interview with Wontumi TV, Maurice Ampaw who was making his first media appearance after the demise of his wife said that the actions of Sam Korankye Ankrah is not a positive reflection of the Christian faith.

Maurice Ampaw wondered a man of God would be so interested in courting public attention by making false claims about the marriage ceremony of his daughter.

Maurice Ampaw said the obsession with being the topic of mainstream media and social media discussions is one attitude of the Ghanaian youth that needs fixing.

He says in a bid to impress on social media, people are being made to live certain lives which their income cannot take care of.

“As a man of God why can’t you live a simple lifestyle? Why do you want to trend? You want your child to say that he has been gifted $1milion yet when the tax people come at you, you complain that it’s fake. Who is giving you this pressure? If we live a very simple lifestyle and within our means, there will be no pressure on us and then we can call our leaders to account,’ he said.

Turning his attention to the country’s leaders, Maurice Ampaw urged them to listen to the concerns of the youth.

He admonished that they will account for their stewardship on both earth and heaven so they should be guided in how they govern the country.

“Our leaders should not joke with us. Whether they like it or not, they will account here and account in heaven. Politicians should listen well, there is a reason some of them are in facing critical life issues.

“Some of them come out looking all good but behind the scenes, they are suffering. Look at how they are being involved in accidents. It is not normal and it's because people are cursing them. If you are a politician and you steal money, the cries of the people become a curse on you,” he said. 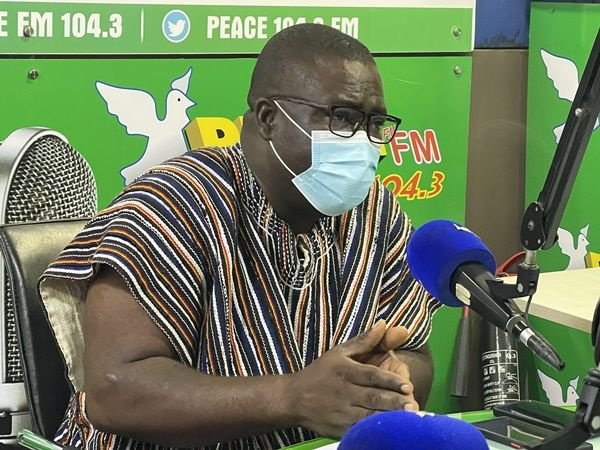