Ghana Web
Executive Director of the Third World Network (TWN) has said President Akufo-Addo, has a thin skin when it comes to accepting dissenting views or opinions on his administration's handling of corruption-related issues and the way he also conducts himself sometimes.

Dr Yao Graham, said the president's posture and reaction towards some comments made against him, show that he is intolerant.

He referred to the response the president gave to the Executive Director of Afrobarometer, Professor Gyima Boadi, when he made a statement on the president's anti-corruption credentials over the Daniel Yaw Domelevo matter.

Prof Boadi in commenting on this, said the order by the president was a huge dent on the president's anti-corruption credibility which he described as being in tatters.

"As for the President's credibility in terms of anti-corruption, I am afraid to say it is in tatters. It has been in tatters for a while but this puts a nail in the coffin. I see Domelevo as a victim of well-orchestrated actions by individuals who are government officials and by state institutions," Prof. Gyimah-Boadi said in a radio interview.

He added "Mr Domelevo was exercising proper constitutional and legal oversight and officials and institutions that Mr. Domelevo has sought to hold to account. The man was doing his best to protect the public purse to claim surcharges for improperly spent public funds. One who is trying to fight corruption is one who is being persecuted and hounded out of office."

However, a livid Mr Akufo-Addo stated that "It is, thus, very disappointing to hear a very senior and otherwise distinguished member of civil society make such loose and thoughtless statement like the President's credibility on anti-corruption is in 'tatters' and 'has been in tatters for a while,' and that the compulsory retirement of Mr Domelevo puts nail in the coffin of the President's credibility."

According to the Presidency "such statements are not based on facts and driven likely by emotions. The fact is that the President's credibility on anti-corruption is unmatched and no amount of misconceived opinions can change that."

Mr Akufo-Addo in a meeting with members of the anti-corruption coalition on Wednesday August 18, 2021, told the group that he has not deviated from his commitment to develop state anti-corruption institutions by ensuring that their budgetary allocation goes to them timely.

"In my commitment to develop state agencies to act in the interest of whom they serve, I have not deviated from that. But there is something we cannot overlook, the highly political atmosphere in which some of these allegations are raised, in which some of the CSOs are privy to and complicit," he said.

Commenting on this on the Key Points on TV3 with Dzifa Bampoh on Saturday August 21, Dr Yao Graham said "The president is right when he talks about budgetary allocations but at the same time there are some signals which point to him being rather thin skin in reacting in ways in which are a bit over the top.

"For example the attack on Professor Gyima Boadi. That really was not befitting of the presidency because, clearly, was Gyima Boadi being personal?"

Dr Graham, also took issue with government infiltration of the civil societies with moles by having one secretly recording a meeting over the deal between the Ghana National Petroleum Corporation (GNPC) and Aker Energy, must have been hired to do that and to also leak it to the media.

To that end, Energy Minister, Dr Mathew Opoku Prempeh, has requested parliament to make an approval that will enable the GNPC to purchase stakes in oil blocks of Aker Energy and AGM Petroleum.

This transaction, has divided the front of Civil Society Organisations in Ghana with some saying the deal is bad, whereas others, including Dr Manteaw are for it.

The CSO activists, including Mr Graham himself who are against the deal held a meeting over the deal to deliberate after they had rubbished the GNPC's reasoning for entering into the deal.

He and his colleagues were described in headline news in a section of pro-government media in Ghana as anti-Ghana, following their objection.

Dr Graham took a strong exception to the description of the CSOs as anti-Ghana.

"Somebody leaked our meeting. That person must have been put up to it because we were deemed to be critics of the government," he said.

He added "An article with the same headline was splashed across pro-government publications claiming that we were engaged in an anti-Ghana exercise. Anti-Ghana? Really? That the ruling government becomes the country and the rest of us are not part of the country? Is speaking your mind an act of treason? These are the bigger issues."

The Executive Director of the Ghana Centre for Democratic Development (CDD-Ghana) Professor H Kwasi Prempeh, although was not part of the meeting, rejected the characterization of his colleagues as anti-Ghana.

In a Facebook post, Prof Prempeh, said "Anti-Ghana paaa? Are you sure this is not the pot calling the kettle black? Despite using the usual ways and means to have their way, they do not want others to have their say. Such a totalitarian mindset. You aren't satisfied that this sweetheart deal has gone through with little or no real scrutiny or opposition; now you have to go further to tarnish and malign those who sought to ask critical questions about this transaction. And as usual, "economic nationalism" is the convenient smokescreen.

"Just because it is GNPC that is acquiring the interests does not necessarily make it a good or smart deal for Ghana. To the contrary, it is precisely because it is GNPC that's buying, and with borrowed money in a non-market transaction, that the deal deserves greater scrutiny in the national interest, not the usual perfunctory treatment by Parliament.

"It is not as though we are ignorant of the record of our state-owned enterprises in managing state assets! We also have the record of other NOCs on the continent, including Nigeria and Angola.

"Why don't they let the private foreign owner try raising through a private placement on the capital markets well over $1 billion in these COVID times for the interests he seeks to offload and see how much interest that gets from investors who must risk their own, not other people's money. And when some informed citizens dare to raise questions about the deal, anti-Ghana is what the compradors tag them. You want no questions asked, eh? You people just have it too easy in this town." Read Full Story
Advertise Here contact ads[@]ghheadlines.com
Related Items news
news 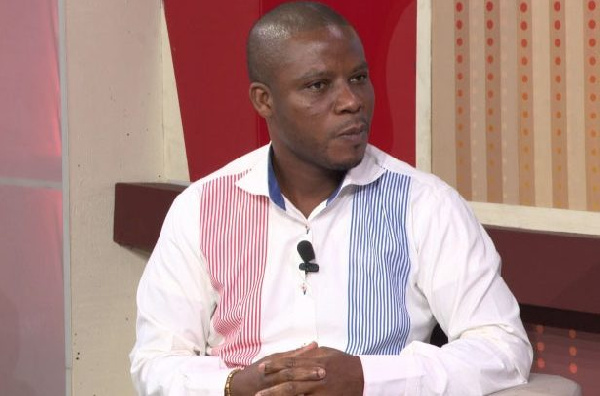 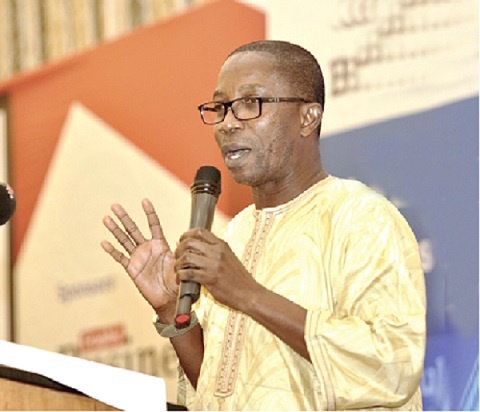