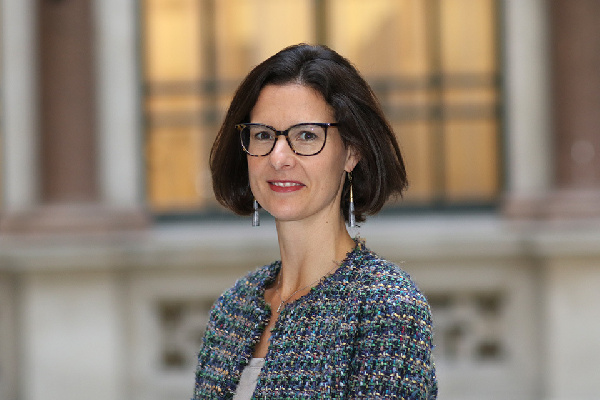 • She, however, wants the government to also tackle big corruption issues

Harriet Thompson, the United Kingdom’s High Commissioner to Ghana, has urged Ghanaian leaders to tackle the issue of corruption and ensure that public funds are used to undertake developmental projects.

In a JoyNews interview, Harriet Thompson commended government for its digitization agenda but mentioned that the same commitment should be shown in the fight against corruption in the country.

She cautioned that the United Kingdom has a zero-tolerance policy for illicit financial in-flows and does not want to be a home for ‘corrupt money.'

“The UK does not want to be the destination for corrupt money. And so it is important for people in Ghana and across the world to know that if they try to hide their ill-gotten gains in the UK, the UK’s crime agencies will be looking for them.”

She appealed that whiles it is commendable to fight corruption at the low level, it is equally important to tackle high-level corruption.

“In reducing the human to human contact in moving more government services online, they are reducing the opportunities for corruption at low levels in the system.

“At the higher levels, it is so important for people to see that no one is immune to prosecution. If people steal money, they will be prosecuted for stealing money,” HC Thompson averred.

She warned that the UK will deal with any person who tries to use the country as a destination for ‘ill-gotten’ money.

We are a good corporate citizen – MTN Ghana says