Ghana Web
Amid rumours of him attempting to force his way out of Accra Hearts of Oak midfielder, Gladson Awako has jabbed the Ghanaian media over their reportage on the issue.

Awako has dominated the media space in the past few weeks after it emerged that he was seeking an exit barely a month after joining Hearts of Oak.

It was strangely reported that Awako’s quest to leave Hearts of Oak is fueled by some unusual experiences he has been encountering.

Awako has taken to social media to address the issue but only commented on the bit where he feels the media has done a bad job.

“Some journalists have made journalism so poor in this country,” his tweet reads.

According to his agent, it is likely that he will not feature for Accra Hearts of Oak in any game.

“Hearts of Oak gave Awako permission to hold personal training. We won’t address issues in public. It has nothing to do with financial obligations. Hearts paid everything to the player,” his agent Yusif Chibsah said.

On Tuesday, September 21 2021, Accra Hearts of Oak issued a statement addressing the situation. The league champions confirmed that Awako continues to be a member of the team and that they expect him to rejoin the squad when fit.

"Our recent signing, Gladson Awako, has experienced some personal difficulties that has prevented him from playing football and starting for Hearts of Oak so far," wrote the club.

"The club expects him to sort out those difficulties soon, so that he can rejoin his colleagues and resume playing football," the letter signed by Hearts of Oak's head of communication read. Read Full Story
Advertise Here contact ads[@]ghheadlines.com
Related Items sports soccer
sports soccer 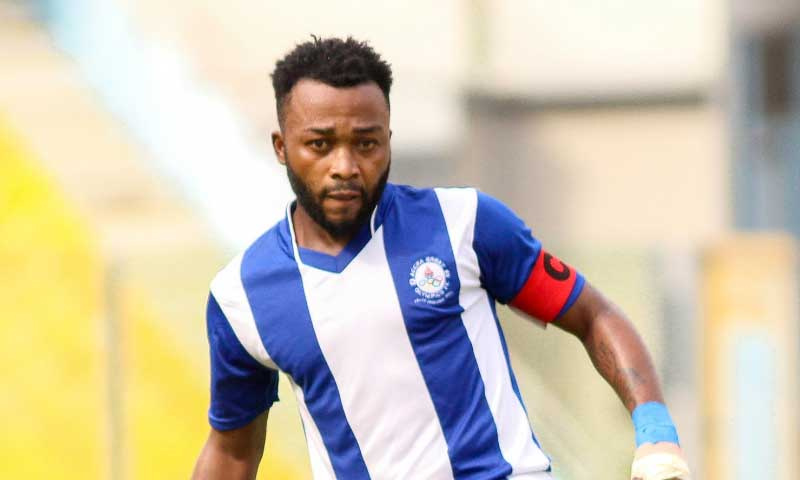