Ghana Web
The General Secretary of the ruling New Patriotic Party (NPP), Mr John Boadu, says the government’s ban on illegal mining activities affected the party in the Western Region during the 2020 election but stressed that the ban was for the good of the nation.

He said the NPP had majority parliamentary seats in the Western Region but after the 2020 election lost many, adding that, "Prestea Huni-Valley constituency was one of them and even in Tarkwa-Nsuaem constituency we nearly lost that seat."

Mr Boadu said, "I am so gratified it cost us in the just-ended election but it was to protect our forest reserves, including water bodies from individuals who illegally tampered with it".

The General Secretary disclosed this to the media during the Western Regional NPP annual delegates conference held at the University of Mines and Technology (UMaT), Tarkwa.

It was on the theme: "Consolidating our gains of 2020 election, the role of stakeholders."

"We cannot sit down unconcern and watch few people destroy the country because of politics without taking any action. President Akufo-Addo took a bold decision and we supported him," he said.

"In as much as we try to protect the environment, we would also provide alternative livelihood for people who have been displaced as a result of government decision to halt illegal mining in this region"

Mr Boadu said, "Currently if one gets a concession, the government would provide the needed machines and equipment that are environmentally friendly to these miners to enable them to go about their duties."

"As we speak now we have even procured 200 processing machines to be given to these miners to help them practise safe mining," he announced.

He emphasized that the government would resolve this issue once and for all to ensure the safety of every citizen and the generations unborn.

Mr Kwabena Okyere Darko-Mensah, the Western Regional Minister, said the government would do more to transform the Region and assured residents to be patient.

He appealed to NPP supporters to protect the interest of the party to enable them to win the 2024 polls.

Mr Joe Ghartey, MP for Essikado-Ketan constituency, on behalf of the Western Regional NPP Parliamentary Caucus, charged the youth to be decorous in their behaviour and urged them to propagate the good work of the party.

"We cannot afford to leave Parliament because both sides in the house have 137 seats. We will, therefore, depend on the MMDCE's and constituency executives to hold forth while we are away," he added.

Mr Kojo Acquah, Municipal Chief Executive of Effia-Kwasimitim, who spoke on behalf of all MMDCE's, said they would work tirelessly to ensure NPP break the eight years governance cycle in Ghana.

The NPP Western Regional Chairman, Mr Francis Ndede Siah, commended the NDC for cooperating in the confirmation of the five MMDCE's and implored them to do the same for the remaining nominees. Read Full Story
Advertise Here contact ads[@]ghheadlines.com
Related Items news
news 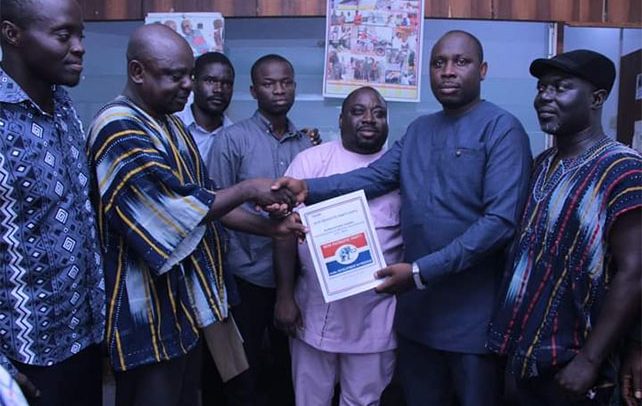 NPP elections: 2 candidates step down from race in Eastern Region

I know politicians who are involved in galamsey in Ashanti, Eastern and Western regions – Allotey Jacobs