Ghana Web
The Intersex community in Ghana has petitioned Parliament against the anti-LGBTQI bill which they say will strip away the rights and dignity of their members in Ghana.

According to Intersex Ghana and Key Watch Ghana, groups advancing the rights of the Intersex community in Ghana, due to lack of knowledge, intersex people in Ghana face stigmatization, bullying, medical misinformation and non-consensual surgery.

Globally, the Intersex community is fighting against discrimination, stigmatization, violence, harmful practices in medical settings, and several other human rights violations which continue to occur around the world for people born with diverse sex characteristics.

Fifty-two countries recently signed a petition to the U.N. Human Rights Council to protect the rights of intersex people.

“We call on all member states to take measures to combat violence and discrimination against intersex persons, develop policies in close consultations with those affected, ensure accountability, reverse discriminatory laws and provide victims with access to remedy,” said Amb. Elisabeth Tichy-Fisslberger, Austria’s permanent U.N. representative in Geneva, in a statement she read to the council on Monday said.

Aspects of their statement continued that “We also call on the Office of the High Commissioner for Human Rights and on the Special Procedures of this Council to continue addressing and to scale up action against violence and discrimination based on sex characteristics within their mandates and in their work. States need to take strong and urgent action to uphold their obligation to ensure that intersex people live free from all types of violence and harmful practices, including in medical settings.”

They added, “Irreversible medical interventions (such as genital surgeries, hormonal interventions and medical procedures intended to modify the sex characteristics of infants and children without their full, prior, and informed consent) continue to be the rule — not the exception — in the majority of U.N. member states.”

The U.S., India, Bosnia and Herzegovina, Fiji, Brazil, the Marshall Islands, Namibia, and Uruguay are among the countries that have signed the statement.

Intersex people are born with physical sex characteristics that don’t fit medical and social norms for female or male bodies.

Some people are born with external genitals that fall into the typical male/female categories, but their internal organs or hormones don’t.

Story of Intersex Twins in Ghana

On October 19, 2021, starrfm.com.gh published a story with the headline “Twins born with both sex organs drop out of school, ‘hide in the bush’ due to stigma” to highlight the reality of the Intersex condition.

They were born in 1993 at a village in Yilo Kobo Municipality in the Eastern Region with a rare disorder of sexual differentiation that is; they have both female and male reproductive organs.

Due to the condition of the twins, their parents were thrown into a state of confusion over their gender but upon advice, gave the twins feminine names – Akweley and Akorkor, pierced their ears to wear earrings and wore female attires.

However, as they grow up with their hormones and biological make-up developing, these twins feel and physically appear to be male than females hence opted for a change of gender, names, and the dress they wear.

But they faced resistance from both family and teachers. The situation coupled with stigma forced them to drop out of school at class six.

“Our Parents say they discovered that we have female and male organs. But we were declared females and were named Akweley and Akorkor. But when we grew up we saw ourselves as males. So we were reluctant to wear female uniforms to school, we insisted they wear us male uniforms but the school authorities too resisted. So we dropped out of school at class 6”.

The psychological stress, however, didn’t deter them from pursuing their football career. One of the twins had a call up to join the Black Queens of Ghana, under 20 team, however was dropped after his condition was detected by a medical doctor assigned to declare the gender.

“We were very good footballers so we relocated and joined a football club at Sekesua. I got a call up to Black Queens under 20. They called a doctor and the doctor came to the camp and examined us and said I am a male so they dropped me from the squad”.

The twins have since been striving to learn a vocation to make a living, however, quit due to stigmatization.

The only person who gave them hope was their father but his death on July 20, 2018, has left them hopeless.

These intersex twins say they continue to have suicidal thoughts.

“We are suffering from stigma so unable to live in one community. People pointing their fingers at us. Our family too is stigmatizing against us. So now we are hiding in villages. We don’t stay in one place for long. We even ditched learning driving because of the stigma. Sometimes suicide thoughts come to our minds. Sometimes they call as evil Children,” the twins told Starr FM’s Eastern regional correspondent Kojo Ansah.

“We sometimes feel pains below our abdomen. We see ourselves as men now we want our names changed from females to males. We also want public support and NGOs to help us undergo the necessary surgical procedures”

Statement by Dr.Yirenky a Urologist

Dr. Frank Yirenkyi, a healthcare practitioner and Urologist at the Eastern Regional Hospital, Koforidua who examined the condition of the twins said they have rare congenital which could be corrected through a complex medical procedure.

“We have done a lot of investigations about them, physically examined them and we found out that physically they appear to be male but it is very unfortunate when they were given birth at the initial stages their parents thought they are females because they were more prone to female physical appearances, but as they are growing now we can see that from the facial outlook they look like males, they have a beard, their breast is not well developed but when it comes to their genitalia, we found out that they have both vagina and a penis which is well developed per our investigations,” He said.

He said the condition could be corrected but “In such conditions, we don’t need only one doctor, we need a team of doctors before we can do the operation on them. We need a pediatrist neurologist, entrap neurologist, and psychologist to psych their minds and a primary health worker to take care of their day-to-day activities. They need further hormonal therapy as well as surgical intervention to assist them to win. These days there can be a reconstructive surgery so that we can reconstruct the penis, reconstruct the undescended testicles and close the vagina”

Dr. Yirenkyi stressed that conditions like this should guide society on policymaking just so laws are not passed to affect them.

“The society needs to be tolerant towards such people because before people may choose to be part of these group, people must really understand them to find out why they are in this situation because I have seen several peoples in such condition and sometimes they are being stigmatized.

It is only a few people who can come out and report to the health care personnel so that their problem can be treated. So the LGBTQ+ that we are talking about I think the society needs to help them understand their problems and be tolerant to them and help solve their problem.” Read Full Story
Advertise Here contact ads[@]ghheadlines.com
Related Items news
news 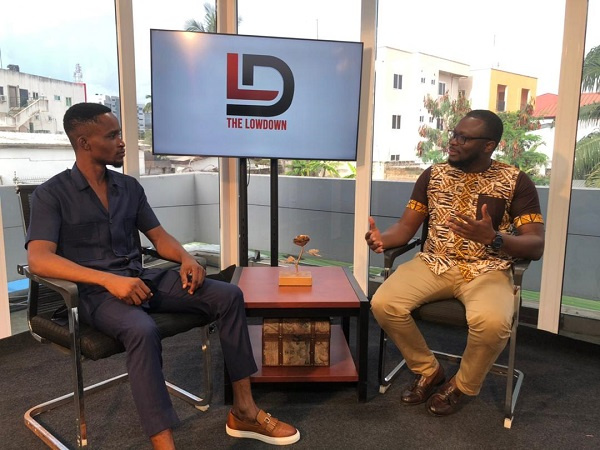 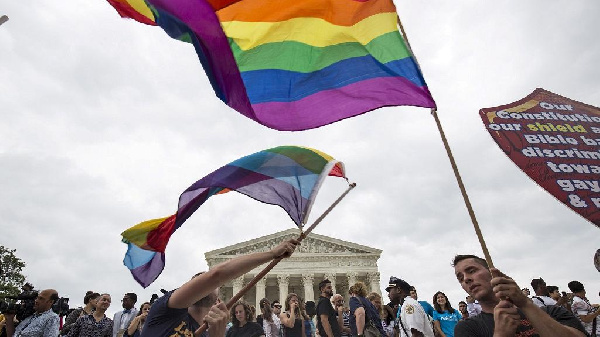