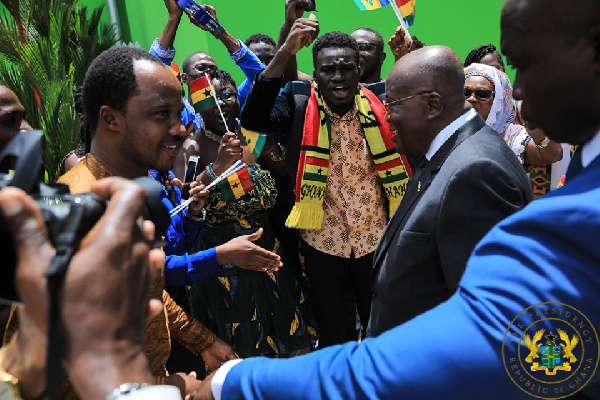 Ghana Web
In 2019, the president gave an assurance to persons living in the diaspora that Ghana remains the safest country in West Africa.

Addressing the House of Assembly of St. Vincent and the Grenadines, President Nana Addo Dankwa Akufo-Addo said, “In today’s world, where sadly crime and terror have become part of everyday life, I can say that Ghana is certainly the safest country in the West African region, and remains one of the few places on earth where we are not embarrassed to see ourselves as each other’s keeper.”

Read the full original story as first published on Friday, June 14, 2019, by GhanaWeb and sourced from ghananewsagency.org here:

President Nana Addo Dankwa Akufo-Addo has assured Africans in the Diaspora that Ghana remained the safest country in West Africa.

Thus, they should take advantage of the safe and secure environment that Ghana offered, and come explore and experience the country in this ‘Year of Return’.

“In today’s world, where sadly crime and terror have become part of everyday life, I can say that Ghana is certainly the safest country in the West African region, and remains one of the few places on earth where we are not embarrassed to see ourselves as each other’s keeper.”

The President gave the assurance when he addressed the House of Assembly of St. Vincent and the Grenadines on Wednesday.

He is in that country as part of his five Carribean nations working visit that has already taken him to Guyana. He will make stops in Barbados, Trinidad and Tobago and Jamaica.

The tour is aimed at promoting the “Year of Return 2019”, a major landmark event to be used as a bridge to build stronger ties between Ghana, other African countries and the African Diaspora.

The Year of Return campaign is targeting the African – American and Diaspora Market to mark 400 years of the first enslaved African arriving in Jamestown Virginia.

President Akufo-Addo told of the stunning views and scenery of Ghana that visitors found breath-taking.

“However, the most attractive and the greatest selling point of Ghana is and has always been her people, the Ghanaian people. The welcome that you find in Ghana, with all due respect to you in this House, is unique, and like none anywhere else,” he added.

“Our foods are interesting, and tend to be once sampled, never forgotten. I suspect I do not need to remind you that we are the home of Kente, the fabric that has come to define the black race everywhere, and we lead in fashion on the continent. Our music is catchy and unforgettable, and the drums and rhythms make us stand out.

“To those of you who would want to come and stay, we say you are most welcome. Africa is your home, and Ghana would be happy to serve as the bridge between the Diaspora and the African continent,” he told the House.

The President said the Year of Return anniversary would "underline our determination that, never again, will Africa allow herself and her people to be subjected to such an obscene, degrading and dehumanizing catastrophe”, of the Trans-Atlantic Slave Trade.

“Never again shall it be that a dozen or so armed foreigners, with the connivance of a few of our own people, would reduce Africans to traded commodities.”

With the African Union designating the African Diaspora as the 6th Region of the AU, President Akufo-Addo stressed that “they might have started as slaves, but the contribution of Africans to the development of the Americas and Caribbean is matchless.”

He also referred to the role of Africans in innovation, science, sports, music, the arts, and in the fashioning of the Americas and the Caribbean.

Inventions that Africans in the Americas have to their names, he said, include, the fibre-optic cable, the pacemaker, blood bank, gas masks, traffic signals, world’s fastest computer, Voice over IP and closed-circuit television, amongst others.

President Akufo-Addo made mention of the sporting exploits of Africans in the Diaspora, who have taken football, athletics, basketball, and many other games to new heights through discipline and hard work.

“It says on the last door leading out of the dungeon from the slave castles that dot our coastline, DOOR OF NO RETURN. Let us show we CAN return, we have returned, and we have conquered the humiliation and degradation of 400 years ago, "he added.

The Home Coming and Investment Summit, the African-American Investment Forum, the Pan-African and Emancipation Day Celebrations, the durbar from Jamestown to Jamestown, the Film Festival, and the Full Circle Festival are some of the activities that will be held to commemorate the year-long event. Read Full Story
Advertise Here contact ads[@]ghheadlines.com
Related Items news
news 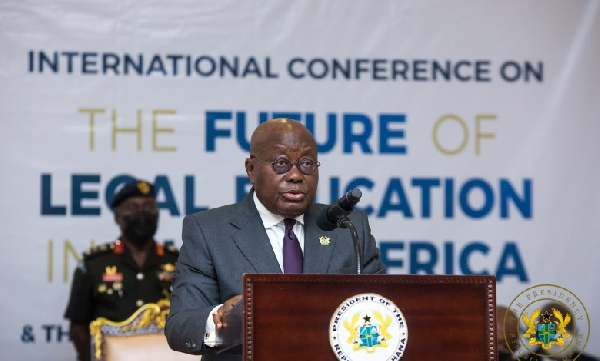 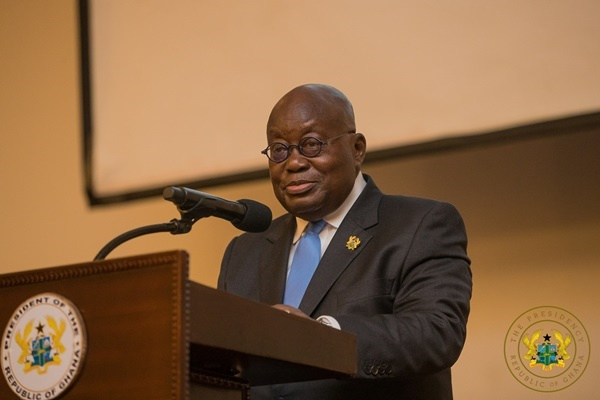 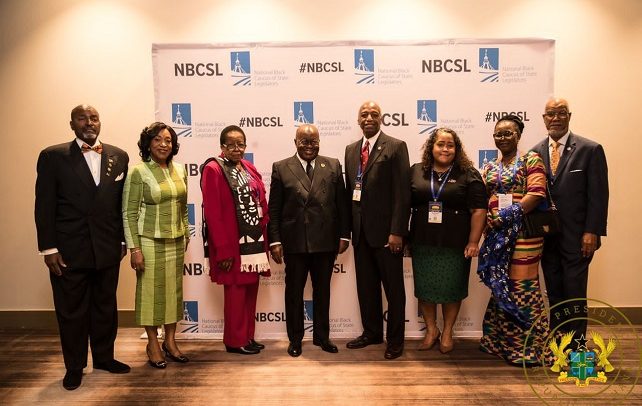 ‘It’s a great time to invest in Ghana; the safest country in West Africa’ – Akufo-Addo

Akufo-Addo is fixing the country -Bawumia 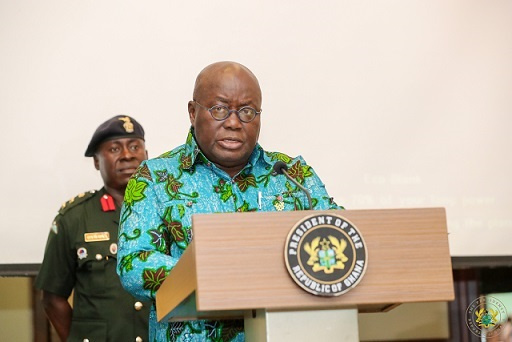