Relatives of the deceased have downplayed suicide as cause of her death, saying the state the body was found hanging does not suggest suicide.

Benjamin Adjei, being led out of court

“We suspect our daughter was killed by some body and her body was hanged on a rope just to suggest suicide”, family members claimed.

Father of the deceased, Mr William Okyere, who resides at Wenchi, narrated that when he rushed to the school, he found his daughter hanging on the rope.

“How can someone hang herself and have her foot on the floor?” he asked, and further probed why a purported suicide note the deceased left was not brought to his attention when he got to the school.

Information available to The Chronicle indicates that the sad incident happened around 7:30 p.m. on Monday, whilst the rest of the students were at the church auditorium for Bible studies.

School authorities and the police are yet to identify what led to the incident.

The Housemistress of the school, Madam Gifty Acheampong in an interview noted she was at the kitchen where she was ensuring the food for the students was ready when she heard of the incident.

“I was at the kitchen when I heard the students shouting; I rushed there and saw her hanging, so I quickly rushed to the church auditorium to call the Proprietor and the Proprietress”.

The body of the student has been deposited at the Sunyani Municipal Hospital Morgue by the police while investigation continues.

Meanwhile, the Sunyani magistrate Court ‘B’, presided over His Lordship Joojo Hagan, has remanded Benjamin Adjei, 23, into Police custody for two weeks for allegedly attempting to use his nephew, Listowel Adjei 13, for money ritual.

Police Prosecuting, Sgt. Eric Agyenim Boateng told the court that the complainant (name withheld) is a businessman living at Abesim in the Sunyani Municipal of the Bono Region.

The suspect, Benjamin Adjei, is a fashion designer and lives in Kumasi in the Ashanti region.

The victim, Listowel Adjei is a primary six (6) pupil of Abesim Presby ‘A’ school and lives with his parents in Abesim. The suspect is an uncle of the victim.

Sgt Boateng told the court that a couple of weeks ago, the suspect called the complainant on phone and said he had heard that he was into money ritual and was interested.

The suspect made the complainant aware that he was ready to kill and sacrifice the victim, Listowel Adjei for money rituals.

On the same day at about 3:00pm, the suspect went to the victim’s mother, Madam Ernestina Gyamfuaa at Abesim and told her he was taking the victim home to take his measurement in order to sew clothes for someone who has the same stature as the victim.

On the same day, at about 4: 00pm, the complainant informed the Police that the suspect had succeeded in luring the victim into a taxi cab ready to be conveyed for the intended purpose.

The Police then laid ambush at the Abesim-Tanoso police barrier and arrested the suspect, whilst on his way with the victim on board a taxi, with registration number BA 505-21.

The Police conducted a search in the suspect’s bag in the presence of the suspect, victim and driver of the said taxi and found a cutlass, knife, quantities of cowries, red fiber cloth, a pot and quantities of cola nuts and cash of GHc 300.

According to the prosecutor, the suspect in his caution statement confessed that he was going to kill and sacrifice the victim for money because life was hard for him.

Police investigations are ongoing, while the case has been adjourned to June 2, 2021. 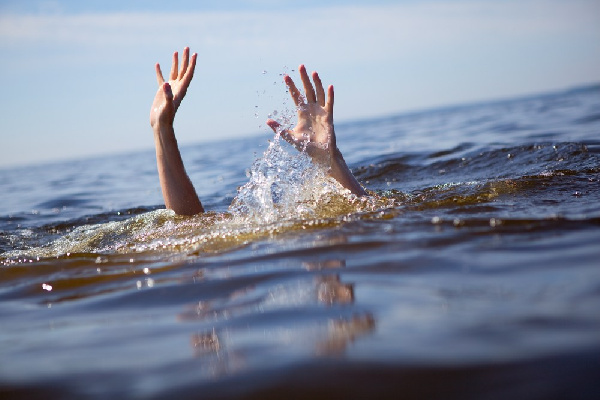