The National Commission for Civic Education (NCCE) has called on Ghanaians to blow the whistle on corruption in order to reduce its practices and ensure socio-economic transformation.

The Bolgatanga Municipal Director of the NCCE, Mr Omar Jafaru Alsadiq made the appeal at a community durbar on accountability and good environmental governance organised by the commission at Sherigu, a suburb of the municipality in the Upper East Region on Saturday.

The director said corruption was deeply affecting the fortunes and progress of the economy and therefore called on all citizens to employ the Whistle Blowers Act to expose corrupt activities and individuals who engaged in the canker.

The programme seeks to empower citizens to understand the adverse effects of bribery and corruption on national development as well as the need to protect the environment to promote healthy living.

It formed part of the Accountability, Rule of Law and Anti-Corruption Programme (ARAP), being sponsored by the European Union (EU).

The goal of the nationwide exercise is to ensure reduction in corruption and its related activities as well as deepen public accountability for sustainable national development.

Mr Alsadiq attributed the poor execution of government projects such as schools, health, roads among other infrastructure to corruption and the failure to demand accountability from duty bearers.

He, therefore, admonished members of the community to employ social auditing as an effective accountability mechanism to ensure that projects executed in their respective communities had value for money and served the needs of the ordinary person.

The director also advised members of the community to join the campaign to end open defecation so as to achieve environmental cleanliness.

The Regional Principal Investigator at the Commission on Human Rights and Administrative Justice (CHRAJ), Mr Edmond Alagpulinsa, took the participants including chiefs, women groups, school children, persons with disabilities and youth among others, through the Whistle Blowers Act of 2006, Act 720.

Mr Alagpulinsa explained that corruption was damaging and was gradually collapsing the economy in all spheres and therefore reiterated the need for all Ghanaians to join the crusade in the fight against the canker.

He admonished Ghanaians to willingly report suspected corrupt cases and individuals to mandated institutions including the Ghana Police Service, Office of the Special Prosecutor, Attorney General, CHRAJ, Economic and Organised Crime Office (EOCO) and others for proper investigation and prosecutions.

He assured members of the public that the Whistle Blowers Act was meant to protect people who fought corruption from victimisation and added that reward packages had been established to reward whistle blowers.

NCCE calls on citizenry to blow the whistle on corruption

Don’t be afraid to blow the whistle on corruption 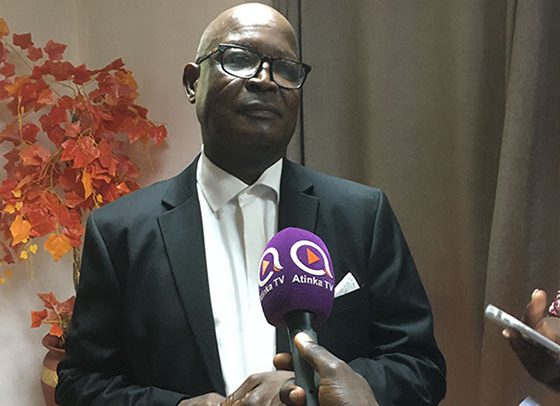