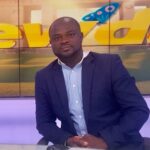 A private legal practitioner, Justice Abdulai, has observed that the evidence provided by the Electoral Commission (EC) over forgery allegations leading to the disqualification of presidential candidates is not enough.

He stated that “the forensic evidence presented by the EC from the Police Criminal Investigation Department (CID)  is not sufficient according to the law.”

Mr Abdulai noted that the evidence by the EC would not be a complete satisfaction of the requirements of the law saying  “I think a proper way will mean that inviting persons whose signatures have been forged and the persons alleged to have forged the signature.”

His comments follow an accusation by the EC that stated that 19 persons who had allegedly supported the Convention People’s Party (CPP) candidate has also supported Kofi Koranteng, an independent presidential aspirant.

The Commission indicated that the CID confirmed that the signatures were forged which led to the disqualification of the candidate.

“It is possible a person might have signed a different signature under different circumstance or would have appended the same signature and gotten a percentage of it wrong considering the platform used and such an allegation do not wash and the allegation should be based on well-executed investigation since such claim can lead to the arrest of the suspected persons.