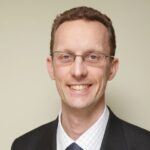 Head of Policy for the Fairtrade Foundation Tim Aldred has urged the UK government to clarify the timetable for finalising its agreement with Ghana.

He also wants the UK Government to put in place provisional mechanisms so that Ghanaian banana and cocoa exports can continue tariff free until an agreement is finalised.

Reacting to the news that Ghana has agreed the principles of a trade deal with the UK Government, the Fairtrade Foundation said that though this was promising, the lack of a signed deal meant that tariffs would apply to goods such as Ghanaian bananas and processed cocoa products, which would likely be passed to the farmers and workers.

Mr Aldred said “The Fairtrade Foundation is pleased to hear that the government has agreed the principles of a trade deal with Ghana. However, we are disappointed and concerned that no deal is in place, despite repeated warnings about this risk and its implications.”

“Without a signed deal Ghanaian bananas and processed cocoa products must now pay a substantial tariff increase, the costs of which are likely to be borne by farmers and workers growing these products. Fairtrade bananas now face tariffs equivalent to 9.5p / kg, where previously no tariff applied,” he said.

In another development, Fairtrade has announced a new base wage for all Fairtrade certified banana plantations.

The revised standard marks a unique move towards a living wage, benefitting thousands of workers.

The new Fairtrade Base Wage is set at 70 per cent of the take-home pay needed for a living wage and will be paid from  July 1, 2021 onwards.

It applies to all countries and is unique amongst certification schemes in making a concrete step towards a living wage – that is, a wage that provides workers enough for food, healthcare, schooling and other essentials for themselves and their families, plus a little extra to put aside.

Every Fairtrade banana plantation worker will get at least the base wage, even if the legal minimum wage is lower. And if they already receive more, their wages can’t be lowered.

Ensuring a living wage for banana workers remains one of the most pressing and unresolved challenges for the banana sector. Workers in many producer countries are paid the national legal minimum wage but, in most cases, this is still below a living wage.

As well as the Fairtrade Base wage, the revised standard stipulates that up to 30 per cent of the Fairtrade Premium must be paid out as a cash bonus, as a temporary measure to support worker’s incomes and help bridge the gap to a living wage where needed.

This is on top of the existing 20 per cent which workers can receive in cash if they choose so. Depending on local tax rules, workers may choose to receive the Premium bonus in vouchers, instead of cash. Fairtrade is the only sustainability standard that guarantees a fixed Premium for bananas, that workers decide how to spend.

“While in some countries, many banana workers are already earning living wages, in many others there is still a way to go. Now all workers on Fairtrade certified banana plantations will receive a guaranteed base wage and additional income support through the Premium until they reach a negotiated living wage,” he said.