The Ethiopian army and allied forces have launched a second day of ground attacks as part of a fresh military offensive against Tigray rebels, a senior member of the Tigray People’s Liberation Front (TPLF) has said.

Getachew Reda, said “thousands have perished” in the renewed fighting and the rebel forces are “holding their ground and more”.

The rebels control the Tigray region and had advanced to neighbouring Amhara region where the fighting is reportedly taking place.

An earlier statement by rebel forces alleged the government had launched an offensive on them on all fronts aided by air strikes and drone attacks.

The federal government has largely been silent but a statement by its National Defence Forces on Monday accused rebel forces of spreading lies and attempting to simultaneously play victors and victims.

“It must be known that if our defence forces begin a full offensive in accordance with their own plan, that will be carried out even before [the rebels start] complaining about being attacked,” the statement reported by state media read.

Fresh fighting is exacerbating the already dire humanitarian situation in Tigray and other areas impacted by the war.

A conflict between the government of Ethiopia and forces in its northern Tigray region has thrown the country into turmoil.

Fighting has been going on since November 2020, destabilising the populous country in the Horn of Africa, leaving thousands of people dead with 350,000 others living in famine conditions.

Eritrean soldiers are also fighting in Tigray for the Ethiopian government. All sides have been accused of atrocities.

A power struggle, an election and a push for political reform are among several factors that led to the crisis.

The conflict started on November4, when Ethiopian Prime Minister Abiy Ahmed ordered a military offensive against regional forces in Tigray.

He said he did so in response to an attack on a military base housing government troops there.

The escalation came after months of feuding between Mr Abiy’s government and leaders of Tigray’s dominant political party.

For almost three decades, the party was at the centre of power, before it was sidelined by Mr Abiy, who took office in 2018 after anti-government protests. -BBC 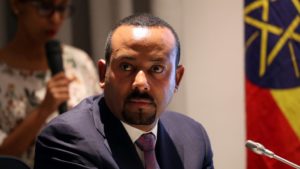 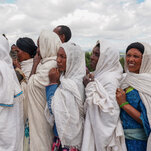 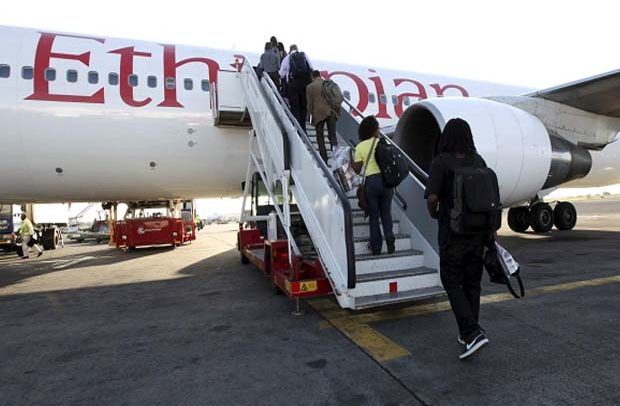 Ethiopia's Tigray conflict: How the TPLF has outflanked the army 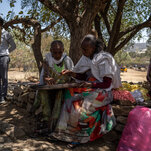 As Ethiopia Fights in Tigray Region, a Crackdown on Journalists