Division One campaigners Tamale City have earned promotion to the Ghana Premier League, following a 1-1 drawn game with Cape Coast Ebusua Dwarfs in the final game of the three-team all-play-all competition at the Accra Sports Stadium yesterday.

Having failed to seal promotion through the regular route, the Citizens were in no mood to let this ‘”heavenly sent” opportunity slip by.

Needing at least a draw to qualify, Tamale City started the game on a fast pace note,  attacking the opposition in search of the opener and could have gone ahead as early as the fourth minute when Iddrisu Zakaria’s header from an Emmanuel Kotei cross missed the target.

Ten minutes later, Zakaria failed again to make it count as he could not connect home a cross from Mensah inside the six yard box.

On the 24th minute mark, Mensah took control of the ball outside the box, dummied his marker Liventius Attur and entered the penalty box only to be hacked down by the latter for a penalty which he expertly converted for the opener.

Dwarfs, who were not ready for another defeat, threw men forward in search of the equaliser and rightly got it through a spot-kick taken by Addai in the 34th minute.

The tempo of the game reduced after the equaliser with both teams resorting to more midfield play than attacking the final third of each other.

Back from recess, it was Tamale City who looked more dangerous and the likely side to score as they mounted constant pressure on Dwarfs for more goals but their efforts were thwarted at the back.

Fixtures of petPawa GPL out today 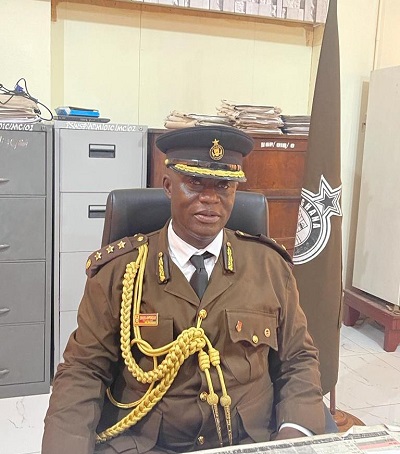