;
Business
Home » Ghanaian Times » Tue 01st Nov, 2022 » Ministry of Finance refutes claims govt does not have a programme for consideration by IMF

The Ministry of Finance has dismissed allegations that negotiations with the International Monetary Fund are not going well because the Fund does not see any seriousness on the part of the government.

Again, the ministry refutes the claims that the government does not have a programme for consideration by the IMF, while officials of the Fund have discovered inaccuracies in the macroeconomic figures presented by the government’s Economic Management Team.

“None but accurate figures have been presented to the IMF; and the ministry has been fully transparent at all times. The Ghanaian negotiation team remains credible and highly respected, and has enjoyed great cooperation from the IMF. To suggest otherwise is false, misleading and pure mischief which must be ignored”, it said in a statement issued in Accra on Sunday.

To the contrary, it explained that the government had submitted its Post-COVID Programme for Economic Growth to the Fund, which the programme had formed the basis of negotiations, adding, “We refer the public to the IMF’s Press Statement dated October 20, 2022: The Ghanaian delegation and IMF staff had very fruitful discussions on the authorities’ post-COVID programme for economic growth and associated policies and reforms that could be supported by a new IMF arrangement”.

“The allegation that the negotiations are not going well is categorically untrue. The IMF itself has on numerous occasions stated unequivocally that negotiations are progressing well, and affirmed that both parties are fully committed to reaching a deal as soon as feasible. We quote the Fund below”.

“We had constructive discussions on policies aimed at restoring macroeconomic stability … Staff express their gratitude to the authorities, and other stakeholders in Ghana for their constructive engagement and support during this mission”.

Furthermore, it said the Ghanaian delegation and IMF staff had very fruitful discussions on the authorities’ post-COVID program for economic growth and associated policies and reforms that could be supported by a new IMF arrangement.

“We made good progress in identifying specific policies that would restore macroeconomic stability. … The IMF team and the Ghanaian authorities remain fully committed to reaching agreement on a framework and policies for an IMF-supported programme as soon as feasible”, it added.

The Finance Ministry also expressed disappointment that at a time when the Republic was engaged in serious efforts aimed at ensuring macroeconomic stability, the propagation of falsehoods and misrepresentations, supported by the publication of same, appear to be gaining notoriety.

Most regrettably, it said such unfounded and misleading statements undermine national efforts when introduced into public discourse.

“We caution that such falsehoods contribute to the erosion of stability in the Ghanaian economy, and could unduly hold back the strong progress of negotiations so far. The ministry hereby calls on all to be responsible in utterances related to the IMF negotiations. Well-meaning Ghanaians are entreated to disregard false narratives, and instead refer to official communications from the Ministry of Finance and the IMF”, it stressed.

The post Ministry of Finance refutes claims govt does not have a programme for consideration by IMF appeared first on Ghanaian Times. 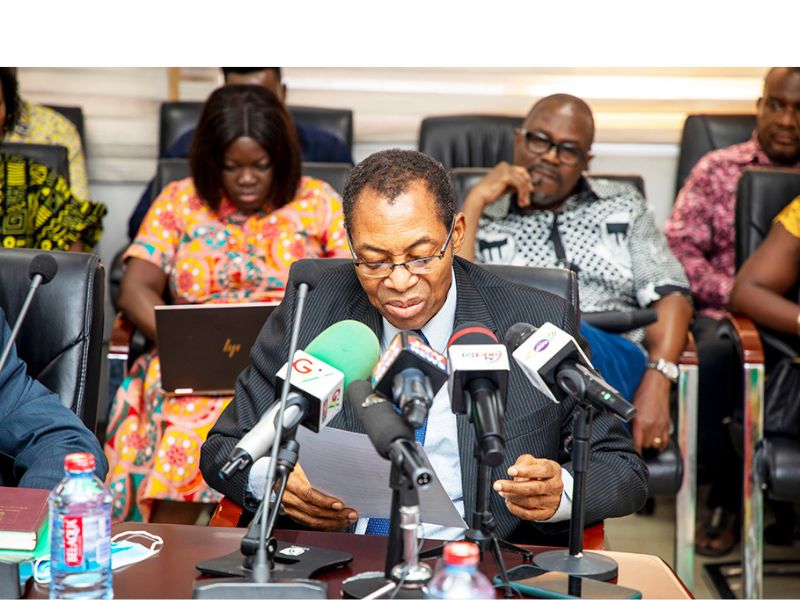