Managers of five stone quarry companies operating at Nsawam Adoagyiri in the Eastern Region were arrested on Wednesday by officials of the Ghana Revenue Authority (GRA).

The managers were arrested because during their visits to the premises of these companies, the GRA found them selectively issuing out the Value Added Tax (VAT) invoices to their customers, despite being registered to issue such invoices to all customers.

The mangers, together with some of their employees, were arrested and taken to the head office of the GRA, to answer why they had failed to issue VAT invoices to all of their customers.

Some of their machines were also taken to aid in the investigations.

The GRA officials said their action was to ensure that all revenues due the state from taxes were collected.

Mr Joseph Annan, Manager of Accra Central Area Enforcement, who led the exercise, noted that it was part of the Authority’s focus on the mining sector initiated some weeks earlier.

“During the past few days we were at Shai Hills and what we did was to intercept vehicles from these quarries and check their documentations, whether they had the appropriate documents covering the products (stones) or not. However, many of them didn’t have that,” he said.

He added that the Criminal Investigation Department (CID) of the Ghana Police Service(GPS) would proceed with investigations and later refer the case to the GRA’s legal unit, where the offenders would possibly face prosecution.

The Manager of Accra Central Area Enforcement said there had been collaborations from other offenders they had dealt with and expressed the hope that the current cases would follow suit.

Mr Annan noted that the revenue mobilisation was yielding positive results and that the public was also helping by sending the GRA invoices of purchases that they had made.

“From the little investigations that we conducted, we were able to raise over GH¢800,000 by way of assessment. This was from one of our exercises between September and October. All these are being worked on, by way of comprehensive audit,” he said.

He urged businesses registered for VAT to issue the VAT invoice at all times as required by law to avoid facing sanctions and prosecution.

Mr Annan further advised the public to demand the VAT invoice whenever they made purchases, to support government’s efforts to raise revenue.

“Very soon, we will go into the hospitality industries since the Yuletide is closing in and we are aware that this season is the peak of their dealings,” he said. 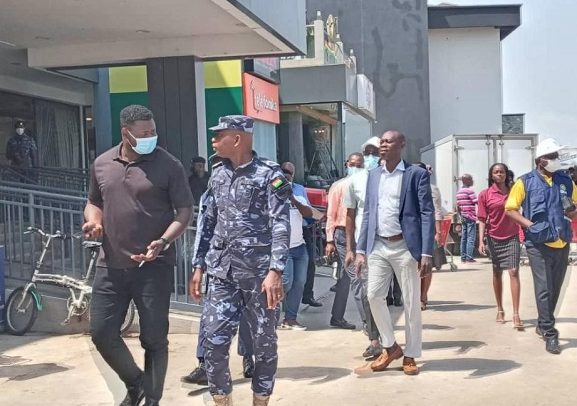